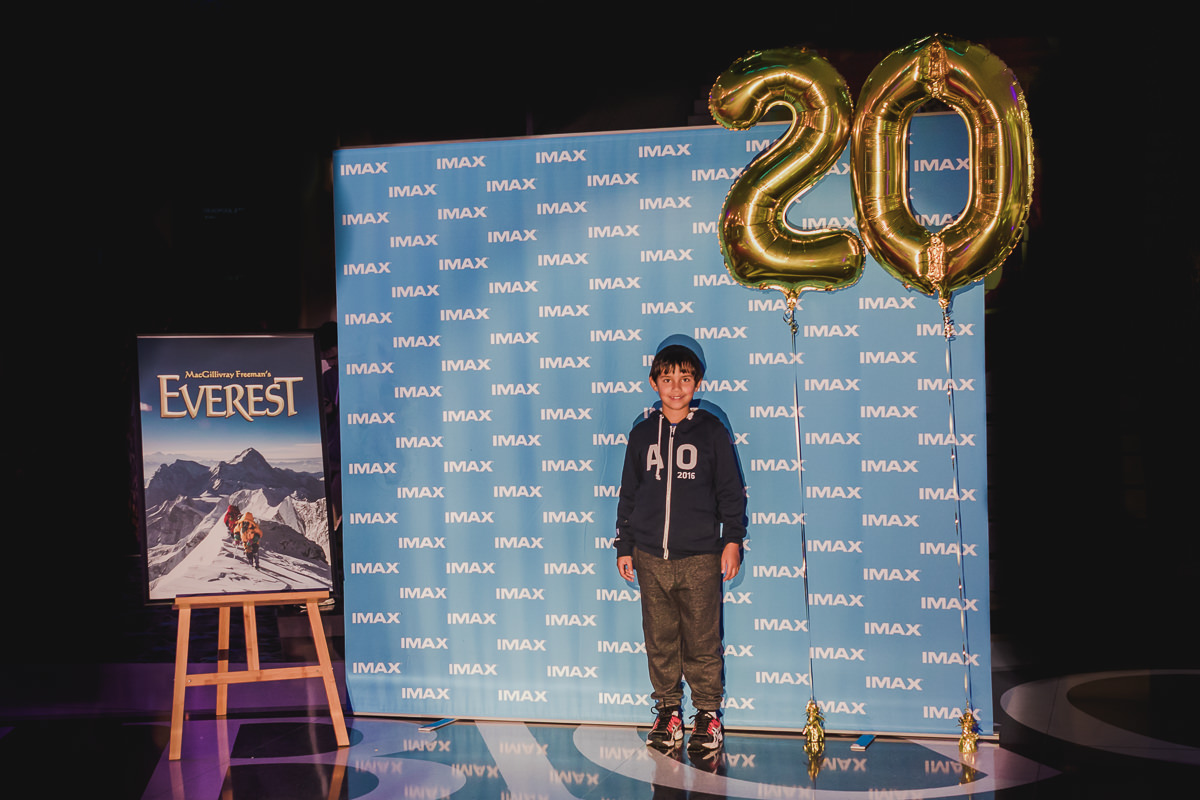 To celebrate the 20th anniversary of IMAX, we were invited to watch a screening of MacGillivray Freeman’s EVEREST (1998). This documentary was especially filmed for IMAX and it’s impressive on their giant screen. This is an inspirational story which tracks four climbers from different parts of the world as they make their dangerous ascent up the highest and mountain in the world. Everest climbers are challenged mentally and physically as they try to make their way to the top of the world, 8848 meters above sea level. They are assisted by Sherpas, who carry their equipment and help guide them along their treacherous journey. Some make it up while some perish due to the extreme conditions which they face. Regardless of the difficulty and risks of climbing Everest (and the high cost of the experience), hundreds still flock there every year to take on the sixty day challenge. To date, over 300 people have died trying to climb Everest.

Everest tells it’s audience about how the mountain was formed, and documents each phase of the trip which the climbers face. It was interesting to learn about factors such as acclimatisation, which entails climbers having to spend weeks at middle camp before being able to proceed. Most climbers have to take oxygen up with them to complete the last part of the climb due to the low oxygen levels. You definitely have to be mentally strong to succeed on this journey.

A camera was disassembled to manageable pieces and carried up to the top, then assembled again to give us approximately a minute and a half of footage from the peak of Mount Everest. This is the best and biggest selling IMAX film to date. It’s an informative and thrilling film which will appeal to all ages.

IMAX has wonderful documentaries as well as screenings of movies which look impressive on the large screen. We’ve seen Through The Looking Glass (in 3D), Wild Africa (in 3D) and now Everest. Next up is Pandas, a storey of how scientists are trying to keep this species alive and follows the adventures of one cute Panda as she enters the wild from being born in captivity. Treat yourself and the family to an IMAX experience in Melbourne soon.