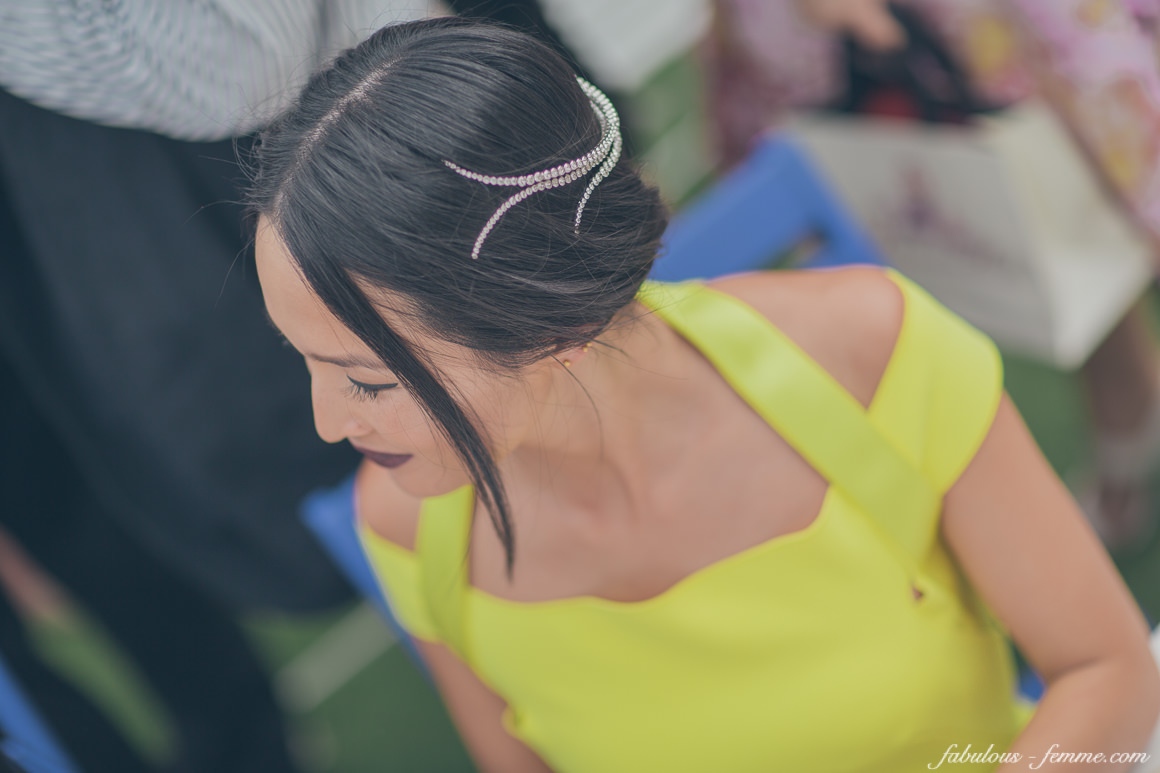 Nicole Warne caused a bit of a fashion frenzy as she entered the Fashions On The Field enclosure on  Caulfield Cup Day 2014. There were other photographers asking me “Who is she?” because I was snapping away at her. I replied “You don’t know who she is? She’s Nicole Warne!” and left it at that.

Fabulous Femme is there to capture the fashion at the races and Nicole Warne of the Gary Pepper Girl blog is definitely a fashionista that we are a fan of. Nicole Warne is just shy of one million instagram followers! This lady’s popularity just keeps soaring because she has impeccable taste in fashion. Her blog, Garypeppergirl, features some stunning photography and she has done editorials for big names such as Dolce & Gabanna, Louis Vuitton and Lancome.

This Caulfield Cup, Nicole was chosen as the Style Ambassador. Part of her duties as Style Ambassador was to judge the Fashions On The Field competition. You just knew that the chosen winner had to be spot on with the fashion trends, with the likes of Nicole on the judging panel.

Her chosen outfit for the day was a very modern yellow Dion Lee dress, black heels and near-black lips. She wore minimal accessories, only sporting a fine bracelet on one arm. For her headwear, Nicole wore a diamante chain which crowned the back of her head. With such an influential blogger opting for this type of headwear, will it mean that we will be seeing a lot less traditional millinery out during the Melbourne Cup Carnival? We haven’t got long to find out!

There were a lot of crowns, headbands and chains out at the Caulfield Cup Carnival this year. They were a popular trend during last year’s racing season, with the likes of Jennifer Hawkins turning up in a lace tiara. It looks like chains around heads and crowns are back in force this year. They definitely are a better option than the little tufts of feathers which used to grace the heads of many young racegoers!

Everybody deserves to feel like a princess for a day and this is a great way to do just that!

Will you be putting on your visible crown this Melbourne Cup Carnival or will you stay loyal to the traditional headwear?