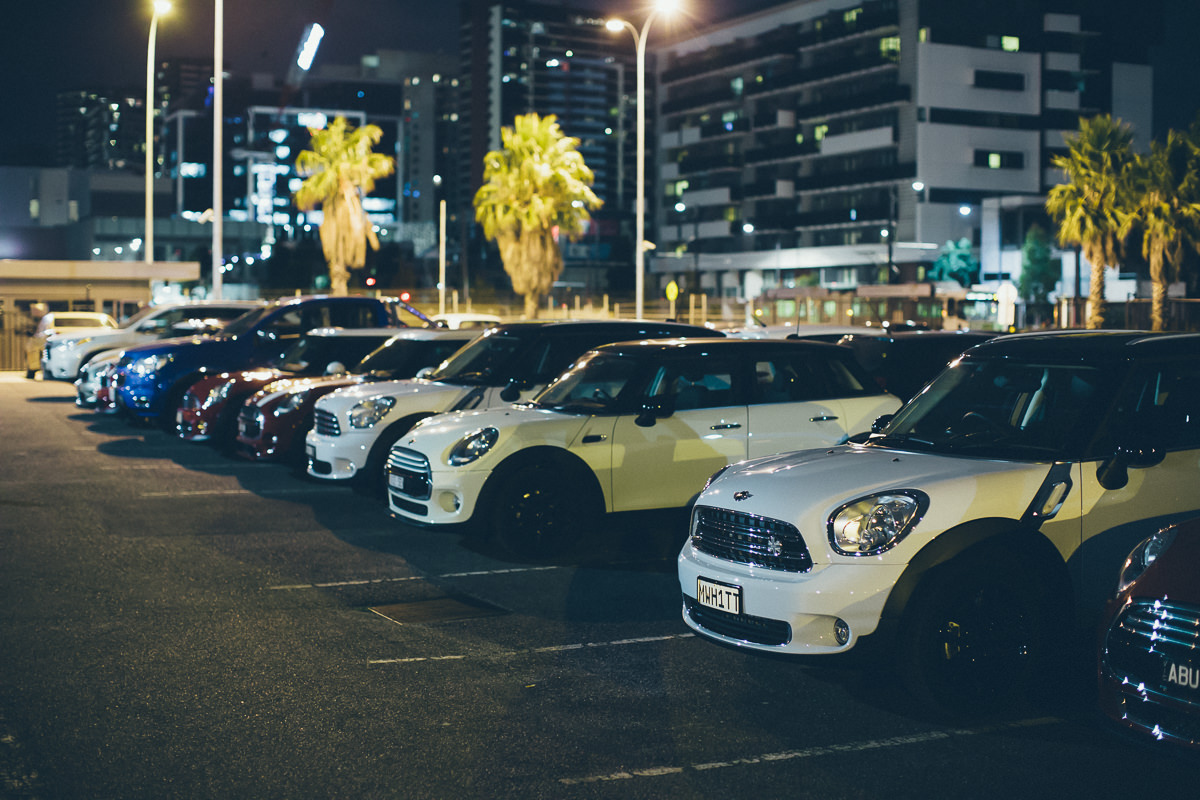 We had been wanting to see the movie ‘Kingsman’ for a while and somehow it slipped away from us. So, when the Mini Garage Melbourne invited to see ‘Kingsman’ at their pop-up movie night – we were definitely going to be there!

The event was to introduce us all to the newest member of their family, the five door hatch Mini Cooper.  Last year MINI Garage Melbourne was recognised as MINI car dealership of the year, trumping 17 other dealerships in Australia.

The venue was the Dockland Studios Melbourne. Guests were informed that the dress code was ‘Dashing’ but comfortable for bean bags! What was a lady to make of that? Being the fashionista which I am, I’m getting into a dress and heels and would deal with the bean bag situation when I get there. This was not going to be your average movie night.

Pulling up into the guests carpark was like driving into a Mini Cooper dealership! We were one of the minority who did not own a Mini Cooper. Andreas had owned one previously, back in Germany, but I had always regarded them as being too toy-like. These Mini Coopers have come a long way in design and their appeal just keeps broadening. After sliding myself into the seat of their surprisingly spacious new five-door hatch, I became a new fan.

The huge studio space was converted into a movie theatre, fully equipped with bar and food trucks.  A gorgeous DJ entertained us with some funky tunes while we devoured gourmet pizzas, tacos and toasted sandwiches from the food trucks. Yes, there were sun loungers and bean bags for seats as mentioned. It was just like watching a movie from the comfort of my couch, just with a much bigger screen and a great sound system! My heels were soon off and I was comfortably nestled into the ‘couples’ bean bag with my favourite man.

The movie was great and so was the hospitality. We ran into a familiar face, made some new friends and enjoyed some great conversations. Thank you Mini Garage Melbourne for having us!