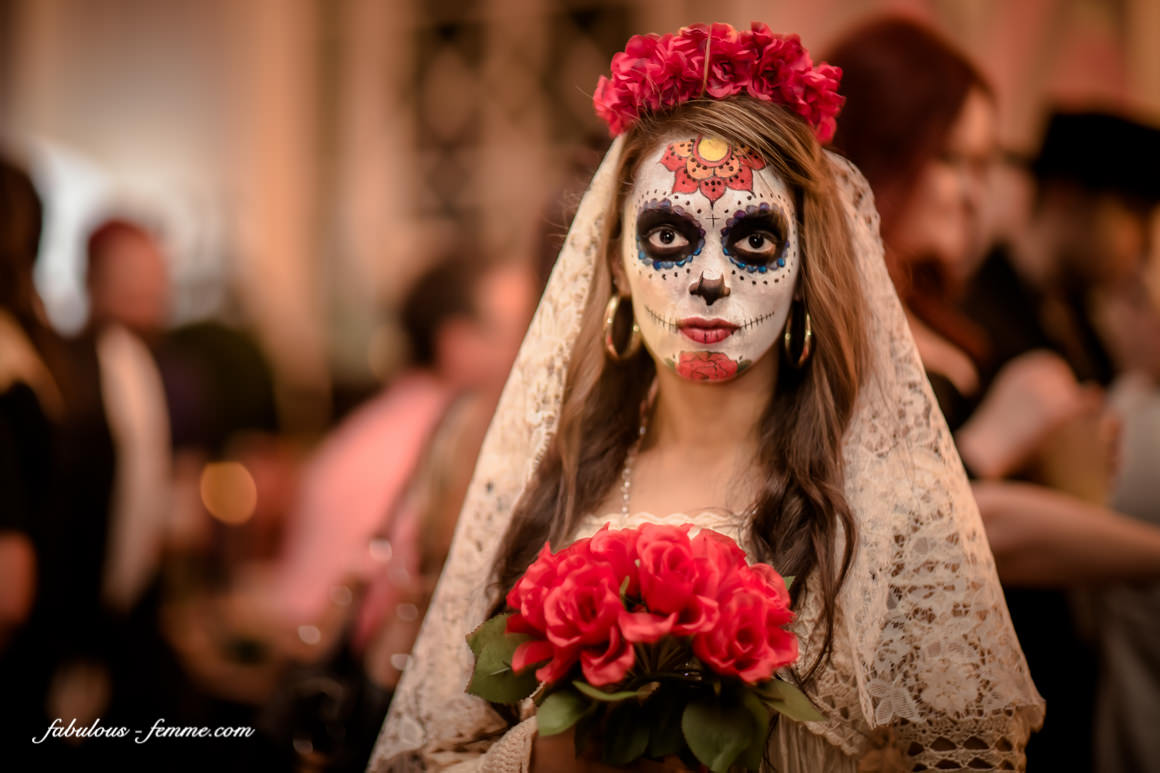 It was straight from Derby Day to the 1800 Tequila Day of the Dead in the Melbourne CBD for me that Saturday. Unfortunately my lack of time in the day prevented me from attending in Sugar Skull make-up! Maybe I’ll still do it for a fun photoshoot. It turned out that a few others also went to the same event straight from the races too.

Still in my Derby Day outfit, I head off into the city. The first Sugar Skull I come across was just on the steps of Flinders Street Station! It looked pretty cool so I took a photo of her. Along the way towards the Trust (where the function was held) I noticed that a mexican bar had got into the Day of the Dead festivities and decorated their venue for it. Still, I would guess that it’s a much larger affair over in Mexico where it originated from.

Trust Bar –  Day of the Dead festival in Melbourne

The Trust Bar and Restaurant is situated in the grand old Port Authority Building. This very charming building with it’s high ceiling, large windows and pillars was a great setting for the Day of the Dead festival. The huge ballroom provided plenty of space for dancing. Guests were treated to a show of Aztec traditional dancing and Mexican tunes from underground DJs and a live Mariachi band playing traditional music.

Day of the Dead – Make up

Make-up artists were present to provide guests with some basic Sugar Skull creations for those who turned up without, but unfortunately that line was way too long for me (don’t forget I had to take some snaps of the beautiful Suger Skulls)! It was surprising that more people didn’t make that effort prior to heading there. For those who did make that effort, we snapped away at them!

The amazing Margarita cocktails were super popular and they even ran out later in the night. Too yummy –  Maybe they were just a little generous with the strength of their lovely cocktails – which was much appreciated 🙂  But no worries … there were plenty other choices of great cocktails.

Providing it isn’t on Derby Day again next year, I’m definitely turning up with Sugar Skull artwork on my face!