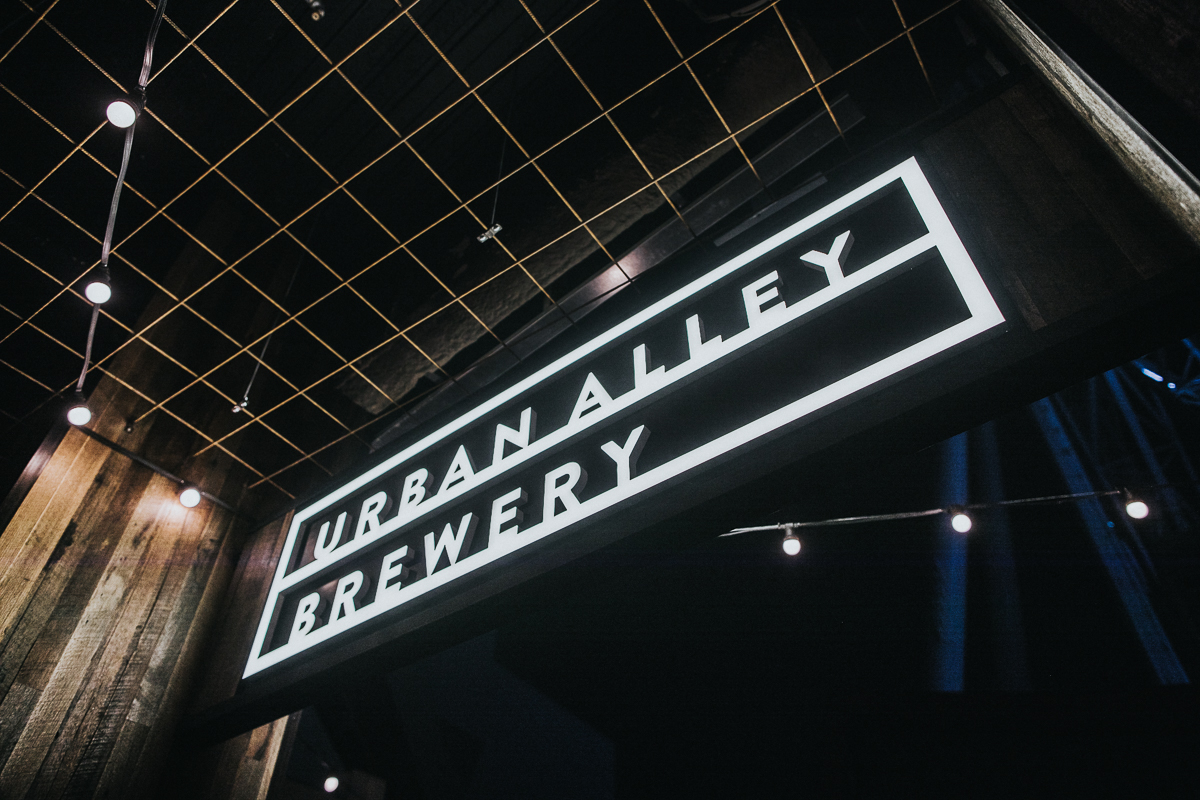 Melbourne CBD’s largest and latest eco-brewery with adjoining brew-pub is located right at the Melbourne Star. Try one of their 4 core beers or go and taste some  monthly brewers and seasonal releases ( such as Alley IPA, Raspberry American Wrye and The Polish Samurai (Japanese hops). The large pub features a beautiful undercover outdoor space.

The brewery aesthetic is a  sustainability-focused design, including reclaimed bricks and wood architectural elements. The on-site 25-hectolitre production facility is separated from the brew-pub by only windows. See how your beer is made while enjoying your drink and food.

You can’t buy happiness but you can buy beer … and that’s almost the same.

The Urban Alley Brewery brew-pub is open for business seven days a week from 11am– 1am.

Urban Ale –  made in a Melbourne Eco brewery

Urban Ale – sold in 4 , 6 or 24 packs with E6PR biodegradable can holders at Liquorland. It’s a a pale style entry level craft beer. A step up from the classic styles.  A clean and crisp ale. It’s on the market for over 2 years and can be found in some of Melbourne’s most iconic pubs such as Bartronica, The Garden State Hotel, Naked for Satan, Lucky Coq and The European Bier Café.