I don’t know where to begin. It’s been such a long time since I wrote anything here. This year has been like one long dream which I am still hoping to wake up from. Okay, I’m being a little dramatic but this year has been a real drainer! There hasn’t been any inspiration to write because it all had me feeling down and tired! I just didn’t feel that life was fabulous. Thinking back, there’s so much to write about! Alas, after such a long time away from writing, the habit of not writing sets in. Things are not back to normal, and they may never be, but it’s time to document my life again. This blog did start as (and it still is) a visual diary of my life and it will continue. Too many months have passed without an entry.

This year started with raging bushfires which left took so many of our native bush, animals and the livelihood of many Australians. The city was quite often blanketed in a cloud of thick smoke which drifted in from the fire-affected areas which were many kilometres away. This caused serious breathing problems in those who already suffered from breathing difficulties. It was advised that we all stayed indoors to wait it out. That was pretty much our summer gone. We have a pool which was hardly used and a bbq which was not fired up that often this summer. As for going to the beach (something I absolutely love doing!) we managed to go once or twice.

Before we had time to recover from the fires, we came under attack by a vicious virus which brought the world to a halt. The COVID-19 virus spreads so easily and has taken so many lives that all international travel has been stopped to try and reduce the spread. All states in Australia have closed their borders as well. Next, the lockdown came into place. Stay at home unless you have to have to go out for necessities. For us, this wasn’t such a huge change as we worked from home anyhow. The saddest part of the lockdown was that we weren’t allowed to see our family or our friends. This meant that I didn’t see my parents for quite a while. They had gone off to New Zealand for a few weeks, then on their return, they had to self-quarantine for two weeks. Just as their two weeks came to an end, we were locked down! It was so good to see them again after months apart. Unfortunately for Andreas, this year marks the first year since he came to Australia that he can’t go and see his parents. We don’t know when international travel will be allowed again.

People went crazy and started over-shopping to stockpile on non-perishables. The funniest (and most annoying) thing was that toilet paper was sold out everywhere! It wasn’t just here in Australia, the rest of the world was having a similar problem! Word had spread about Hong Kong’s toilet paper shortage. I’m not sure if people were buying and sending paper over to Hong Kong or they were just afraid that it was going to happen here too. Tinned food, flour, rice and pasta were being pulled off the shelves as well. Then, the meat started disappearing, especially the minced meat! All of our supermarkets had bare shelves for a very long time. It’s taken a little while but toilet paper is back on shelves and there are no restrictions on the amount of products we can buy. Shame on those who stocked up on toilet paper, taking away such a necessity from the less fortunate and the elderly! They aren’t able to return any of their toilet paper so they will just have to just go through them for years to come! 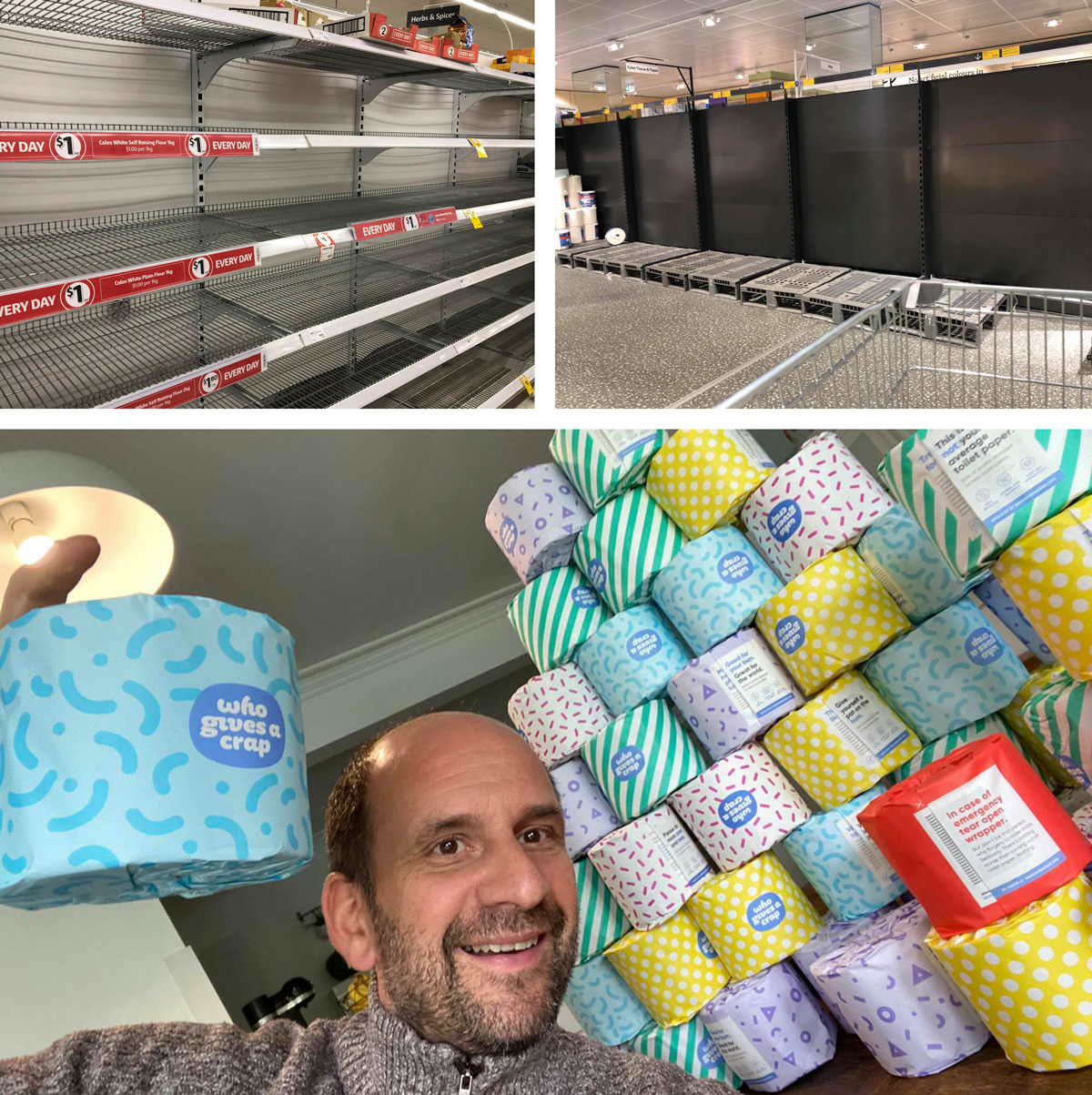 The biggest change was that we were now the reluctant teachers of our 10-year-old grade five student. Schools closed down and all learning was moved online. The first few weeks were testing. We weren’t teachers so had a hard time trying to help our child do his work. Even the teachers were having a hard time getting their students to do their work! It’s taken us so long to get the hang of it all and now schools have started opening up again – for the youngest and the oldest students. Our boy is home for another couple of weeks. Homeschooling took up a huge chunk of our days, leaving us tired. We’ve only recently kicked ourselves into gear and started work on our photography business.

Work has come to a standstill for us. We’ve lost a lot of jobs due to this COVID-19 virus. We’re unsure when our business will return to the level we had it at before this pandemic. Luckily, we’re in a position where we can see this thing out without being affected too much. There are a lot of people out of a job and are doing it tough. Unemployment is at it’s highest after all so many businesses closed their doors especially in hospitality, retail and the travel industry. Freelancing creatives like ourselves were also hit hard. Airlines are in huge strife. Some have already gone into voluntary administration. If the travel industry isn’t opened up again very soon, more will follow.

It’s now the end of May and we’re slowly being allowed to out and about. Restrictions still mean that we’re only allowed up to five visitors in our homes. Overnight stays are still not allowed and cafes and restaurants remain closed. More easing of restrictions should come soon, providing that there aren’t any major outbreaks of the virus. One school has already closed back down, after a couple of days after opening, due to a student tested positive to the virus. The number of cases here in Australia is low and it would be good to keep it that way. It’s a little scary how everyone is wandering around as if it was all normal again. It seems like everyone has had enough of the restrictions and are craving some normality again. Only time will tell if we can retain our freedom or if we need to go back into lockdown. I personally believe that this virus is going to stay around, like the flu, and it will send a lot of people to the hospital and take many more lives. We just have to continue with responsible social distancing and keep up with the handwashing!

The year hasn’t been all bad. There have been some positive things which have emerged from this pandemic. One great positive is that the world has become cleaner in the most polluted parts due to factories being shut down, no cars on streets, no planes in the air and nobody out and about! Swans have been seen swimming through the channels of Venice and masses of flamingos descdend on Mumbai during lockdown. Petrol prices dropped to below a dollar, which was great but we weren’t needing it to go anywhere! The casino has closed down, unfortunately not long enough for those with gambling addictions to break the cycle. It would be a dream if the world maintained this kindness to our planet once COVID-19 is a distant memory.

The most annoying thing to happen during this pandemic was that we had both booked holidays which were cancelled. The Dubai World Cup was something I was really looking forward to! Another milliner and I were heading over for what would have been my first time away with a friend. The Dubai World Cup attracts many fashionable international race-goers who flock to compete in their Fashions On The Field competition. Andreas was booked to go back to Germany for his yearly visit to his parents. Both our flights were cancelled due to flights being grounded. Neither of us were able to get refunds. Instead, the airlines chose to keep hold of our money and issue us with travel vouchers. This means that we are subject to re-booking fees and higher priced flights when we can travel again. Luckily, we were able to cancel our hotel bookings without any cost.

Australia is now only discovering a handful of cases daily. In the U.S.A, they’re still finding over twenty thousand new cases daily. The rest of the world isn’t doing too well either. There’s a big chance that a second wave of this virus will hit everywhere. Lord knows how many actual cases are in the third world countries. Even if we manage to keep the virus under control here in Australia, it’s going to take a long time before we feel safe enough to allow the rest of the world in. The only way that we can see us getting out of this is if a vaccine is developed. This might take quite a while still and we won’t be running out to get the first jabs! Who knows what side effects the first vaccines will have! This virus isn’t going away anywhere. We’re just going to have to live our lives a little differently, a little more cautiously. We’re grateful that we’re still alive and safe, along with our family and friends. I’m hoping that we are the lucky ones who never lose someone close to this virus.