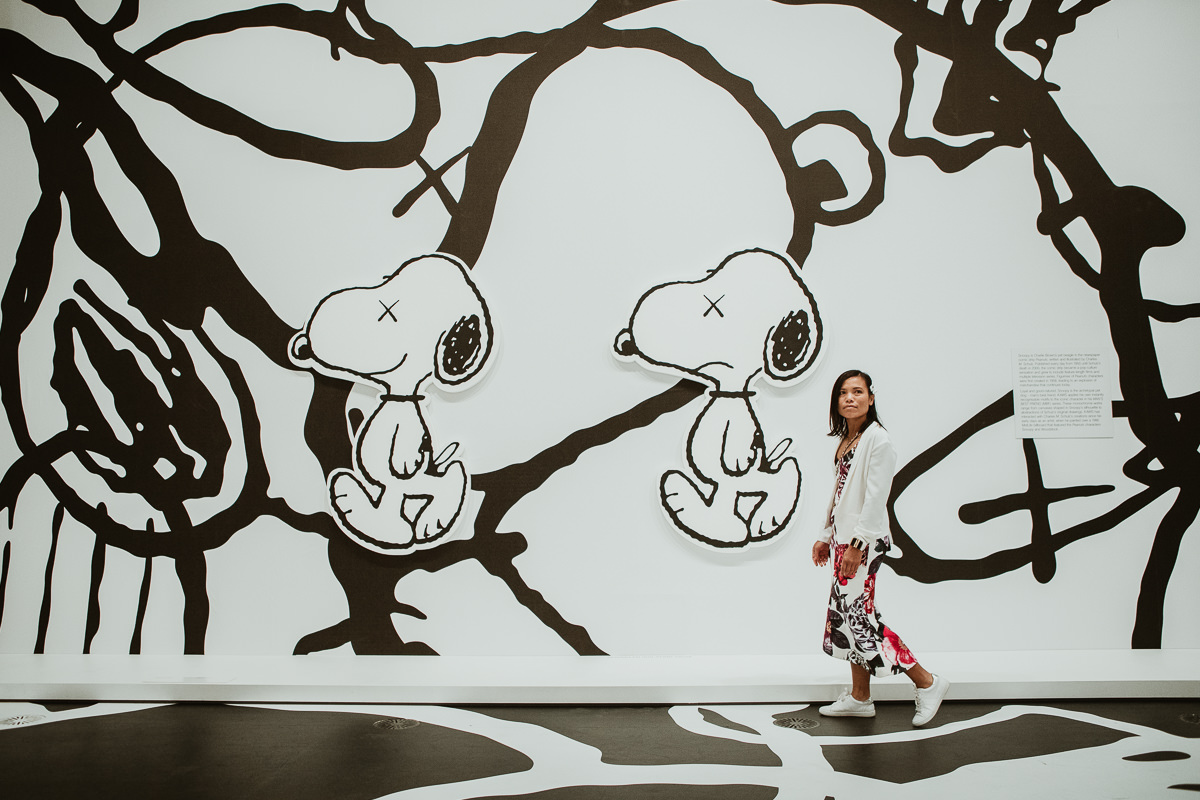 KAWS at the National Gallery of Victoria

Kaws: Companionship in the Age Of Loneliness

The National Gallery of Victoria brings us another cool exhibition to go see and ponder on. KAWS (44 year old Brian Donelly) fuses art with fashion and design. His latest work celebrates the deep need we have for companionship and our generosity and support for others. KAWS work is emotionally charged and acts as a reminder that we should live our lives compassionately, to be there for those in need to help combat this “Age Of Loneliness” where there is definitely a rise in loneliness in our society.

KAWS’s work comes in the form of paintings, product designs, murals and larger-than-life sculptures. They are infused with humour and humanity, casting hybrid cartoon characters as well as humans which have been drawn from pop-culture animations to form the distinctive style of this contemporary artist. With 2.4 million instagram fans, mainly in Asia and collaborations with big brands such as Uniqlo, Nike, Sesame Street and Dior, KAWS is up with some of the most popular living artists in the world. Hitting headlines this year was the sale of KAWS 2005 painting, The KAWS Album, sold for a staggering $14.8 million! It was a secondary sale at Sotheby’s which the artist did not profit from. This sale came just a week after his monumental sculpture of one of the iconic characters of the KAWS Kingdom (a 30 metre inflatable Companion) was set afloat in Hong Kong’s Victoria Harbour.

KAWS and the NGV

After the astounding Sotheby’s sale, art institutions started to pay attention. The NGV commissioned KAWS to produce it’s own work. “Gone” is seven metres tall and weights 14 tonnes! It stands in the foyer of the NGV for all to see. The sculpture is of one of KAWS Kingdom characters carrying his BFF. It’s the largest bronze KAWS piece to ever be produced. KAWS: Comanionship in the Age of Loneliness is now open to the public here in Melbourne. There are over 100 works on exhibition at the NGV, including the artist’s earlier works and sketches. There’s also a gift shop which has been busy with collectors scrambling to grab their piece of art.

You feel like you’ve walked into a cartoon show as you enter the exhibition. There are human-scaled sculptures of reworked animated characters as well as paintings. The Simpsons, Sponge Bob, Cookie Monster and Snoopy are amongst some of the works of art which is on exhibition. Make the most of your visit by having some fun photos taken alongside these colourful, creative works. Take the kids along if you have some to enjoy the KAWS Playtime (free!) interactive space where you are invited to create fun videos with your friends and to draw a friend for BFF (Cookie Monster). This is a fun exhibition which is also thought provoking. KAWS is on at the NGV until April 2020.

Have a look at the images and I am sure you will not want to miss this exhibition! 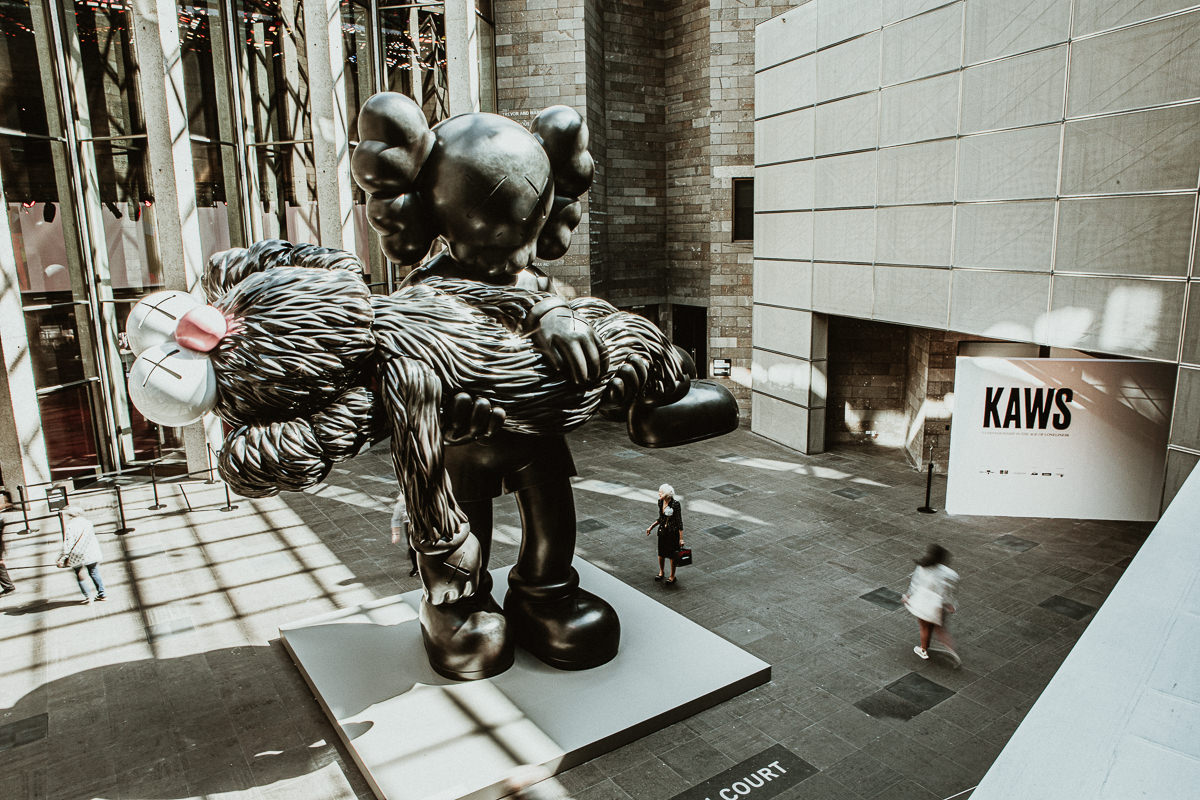 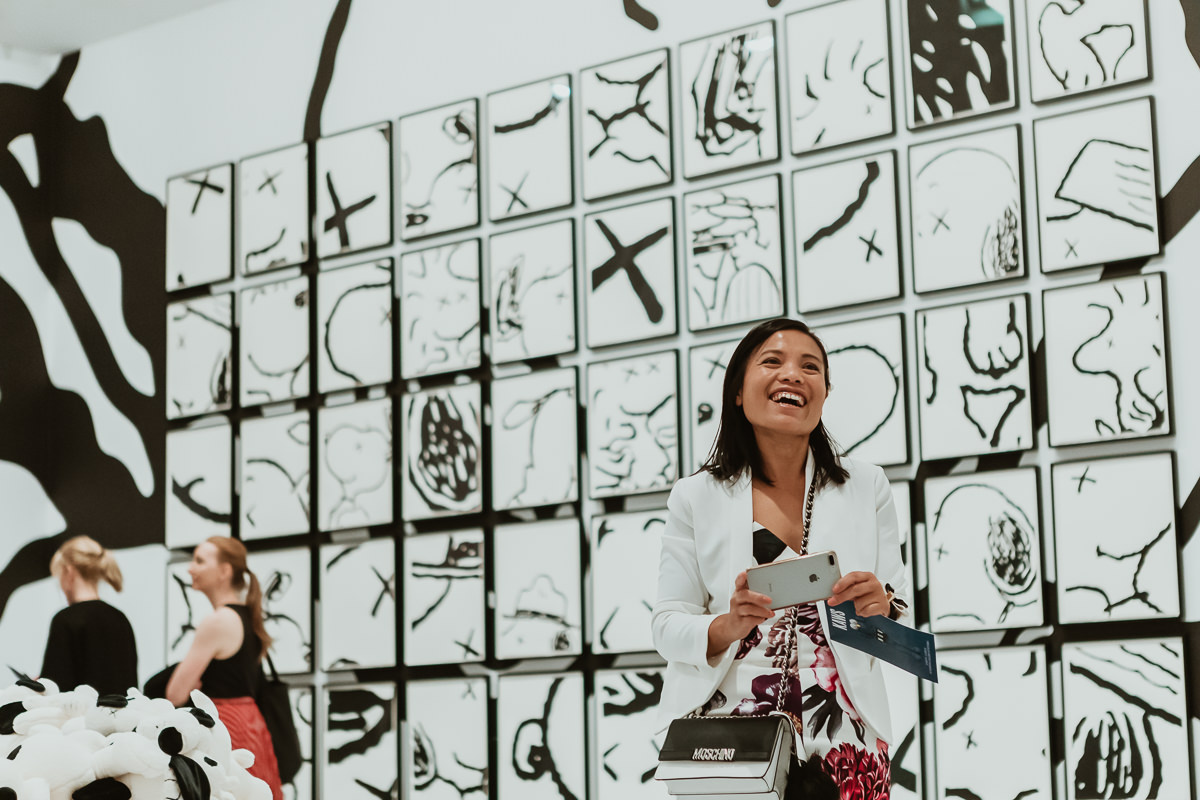 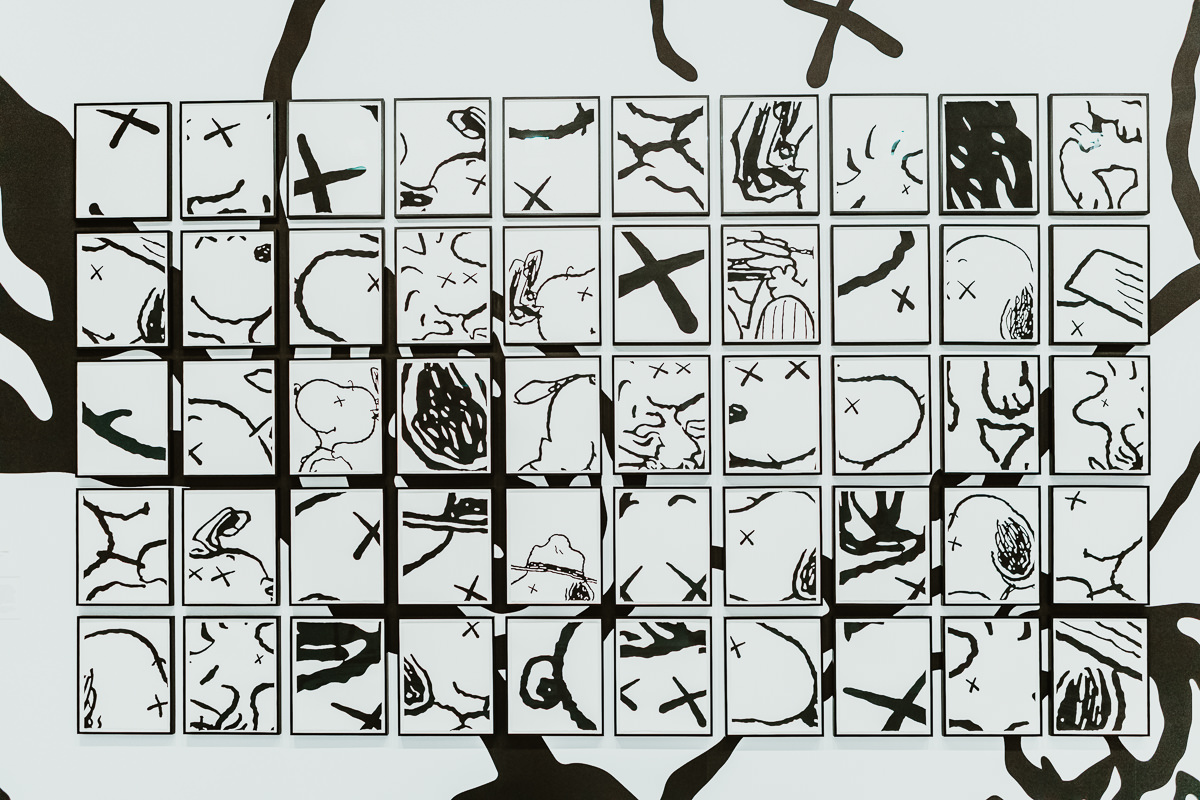 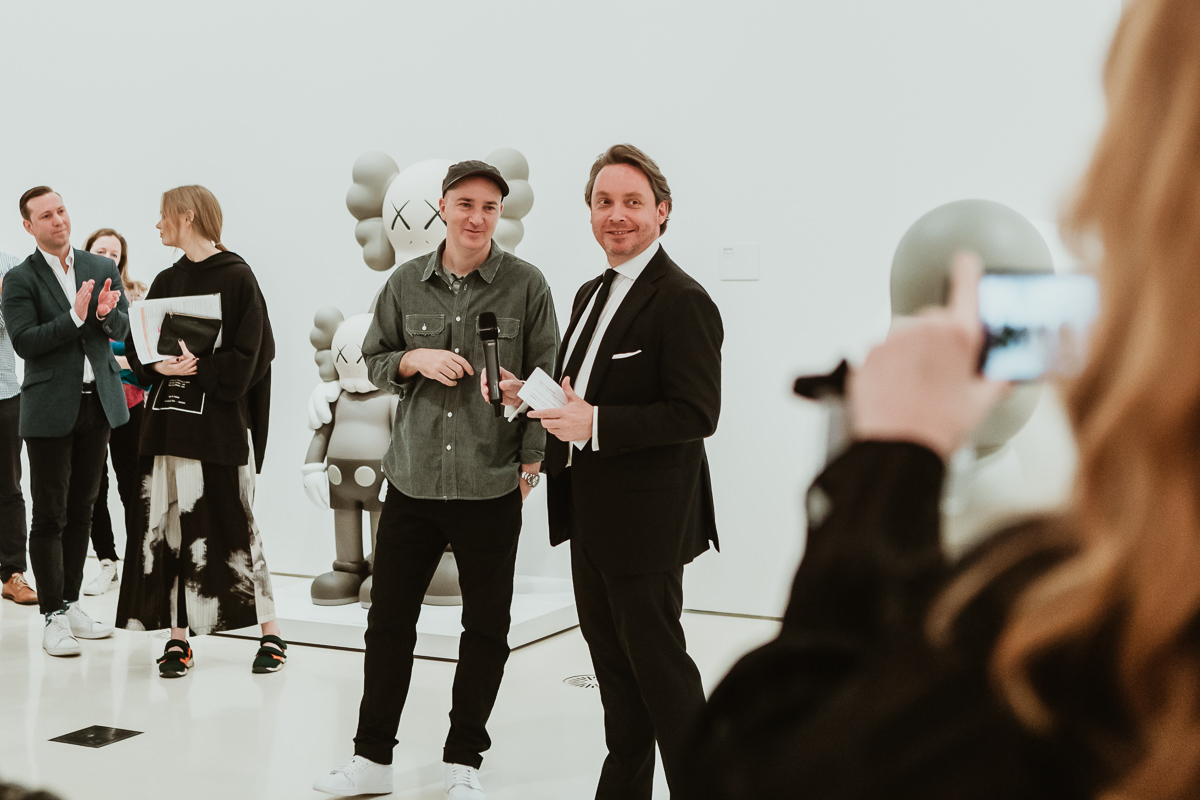 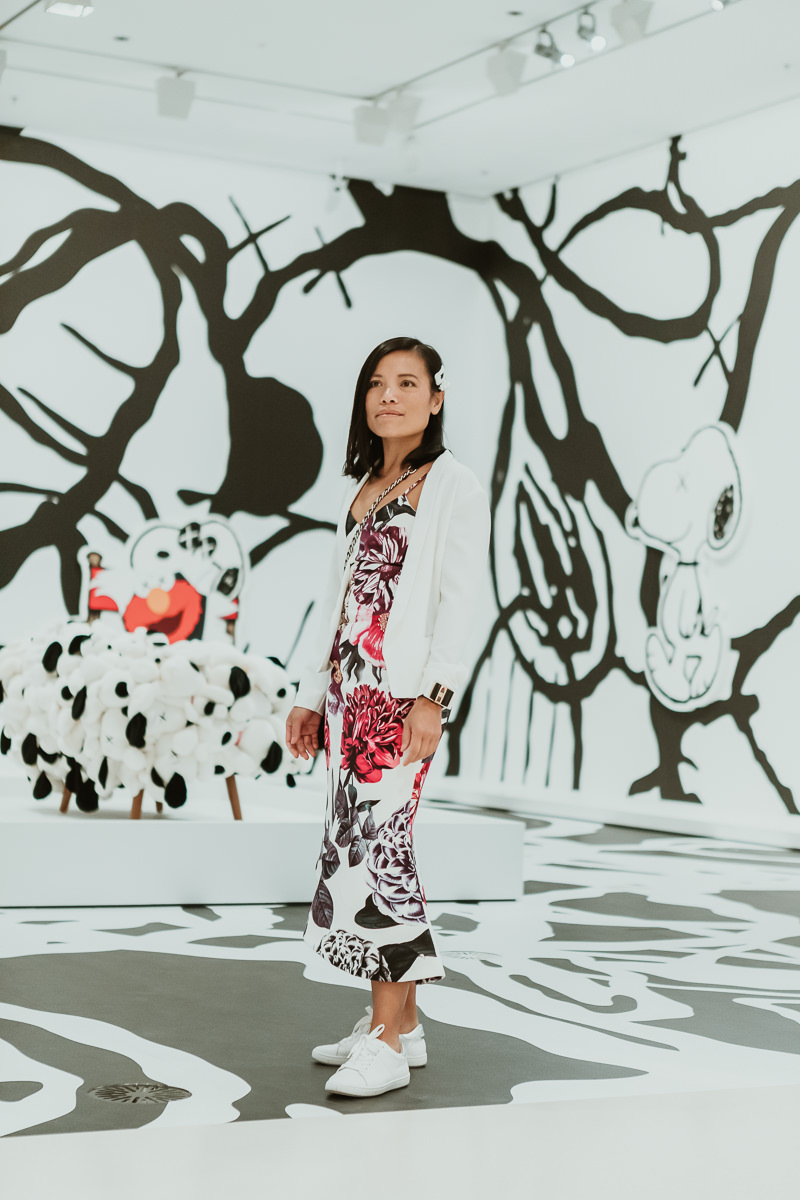 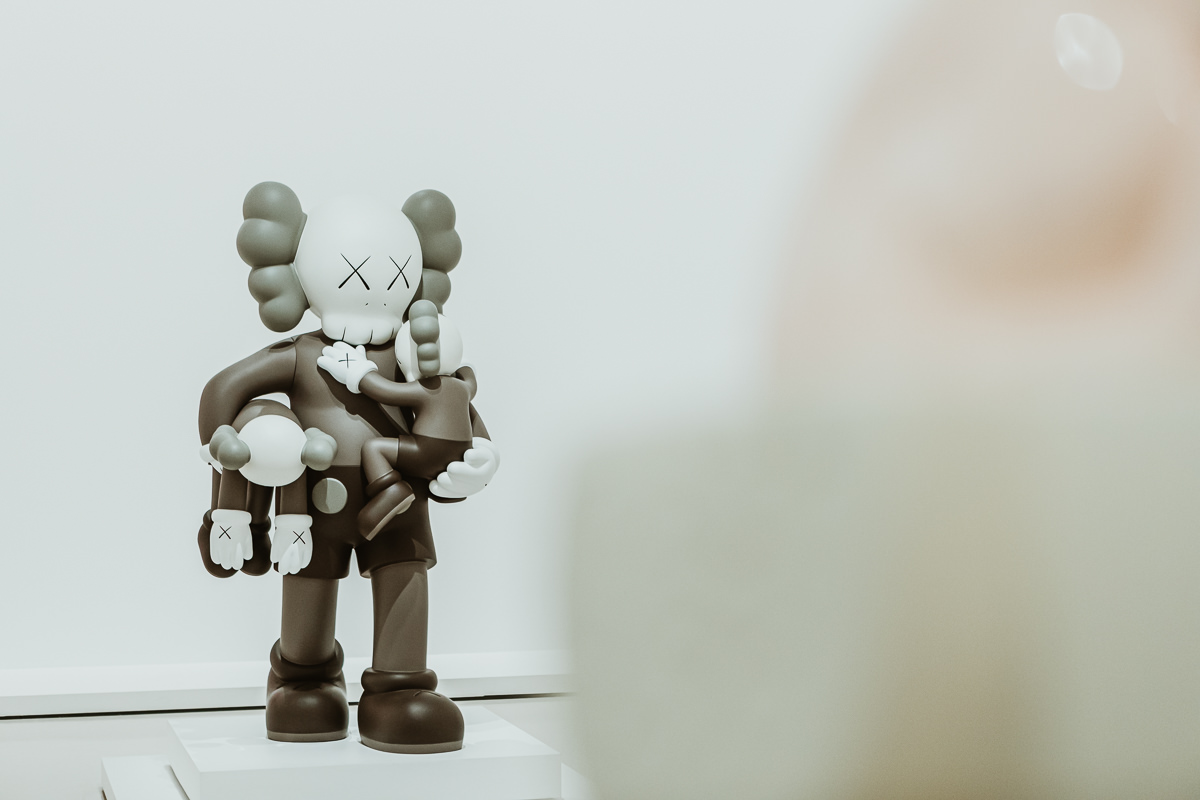 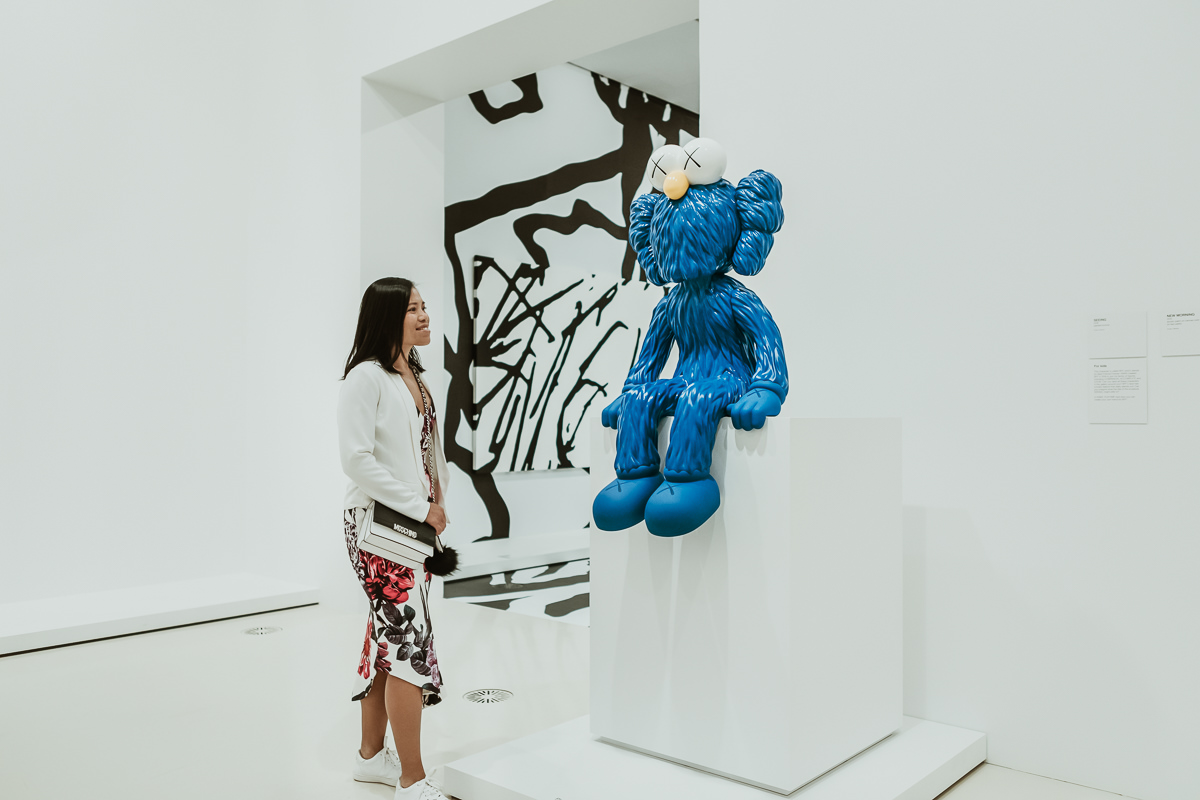 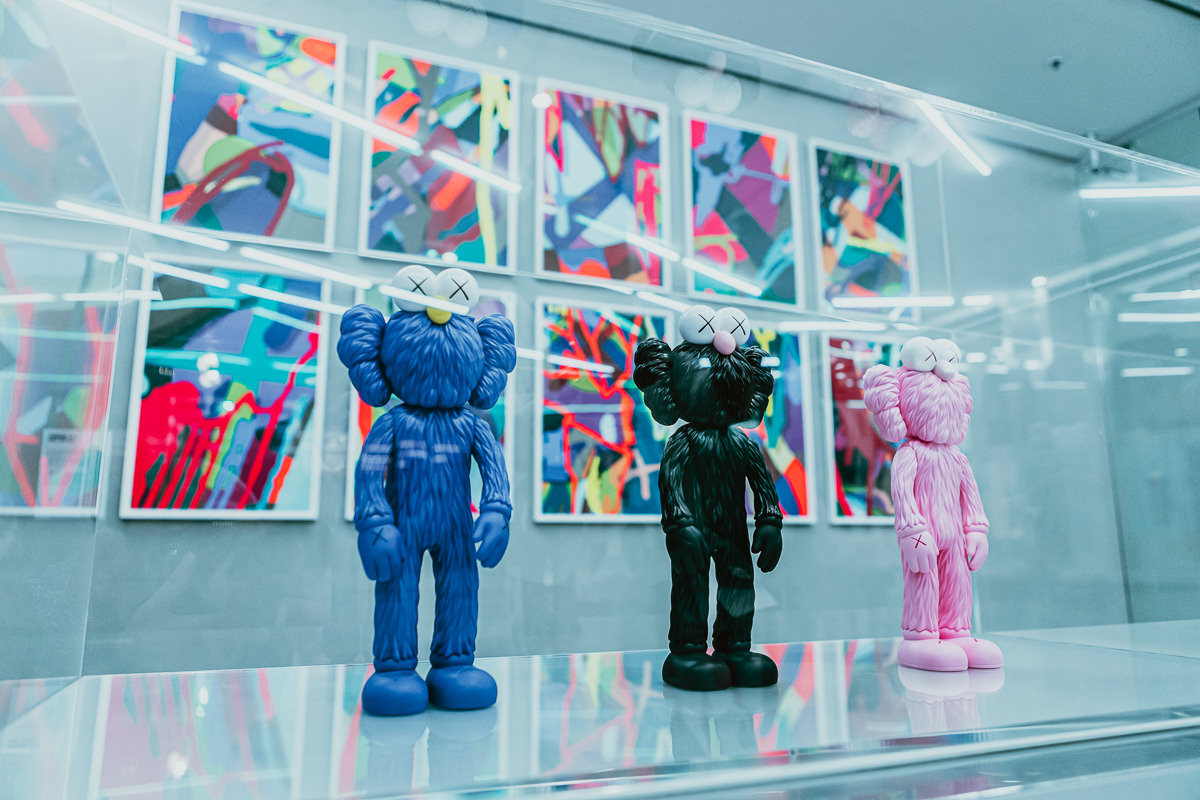 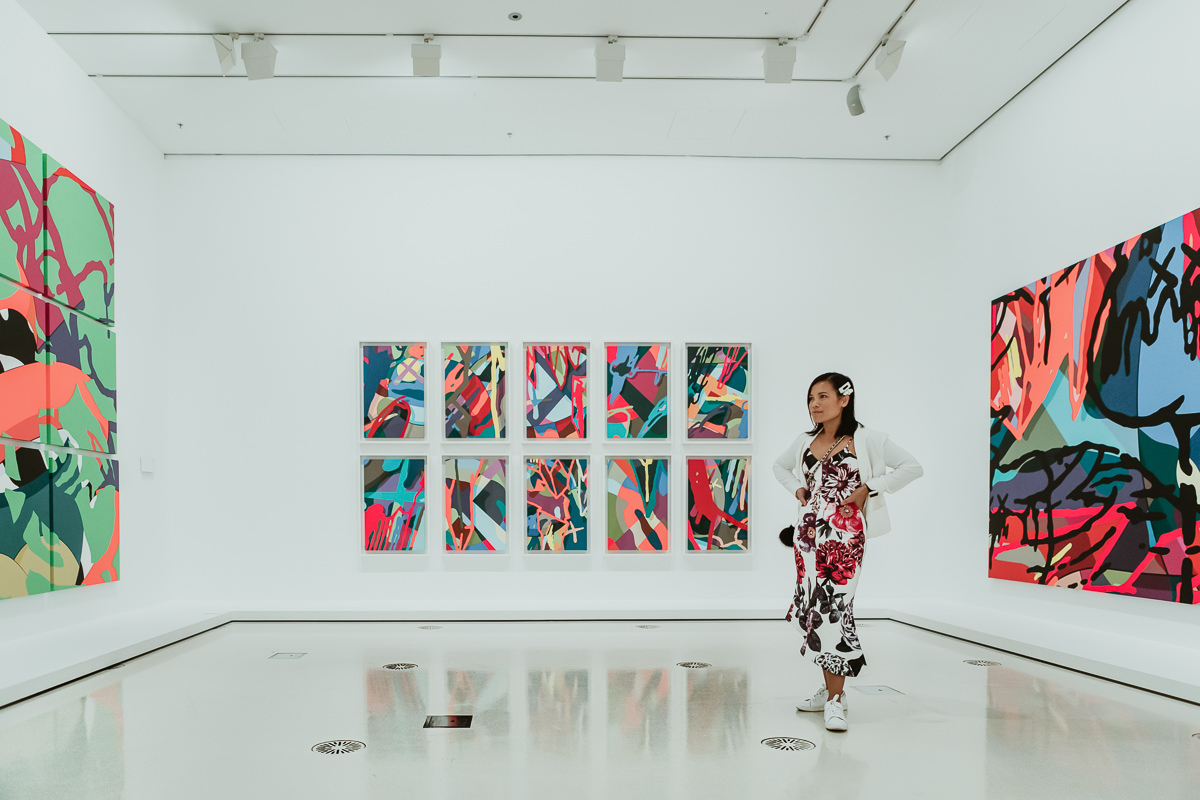 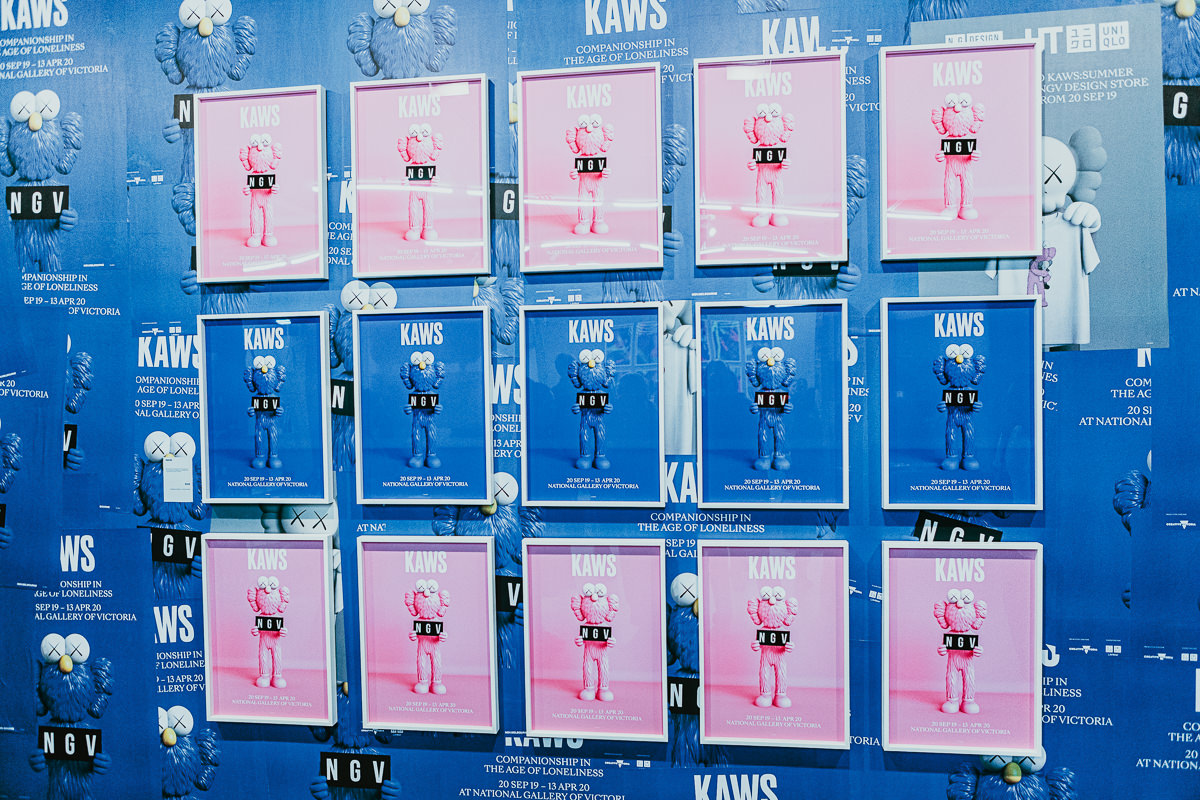 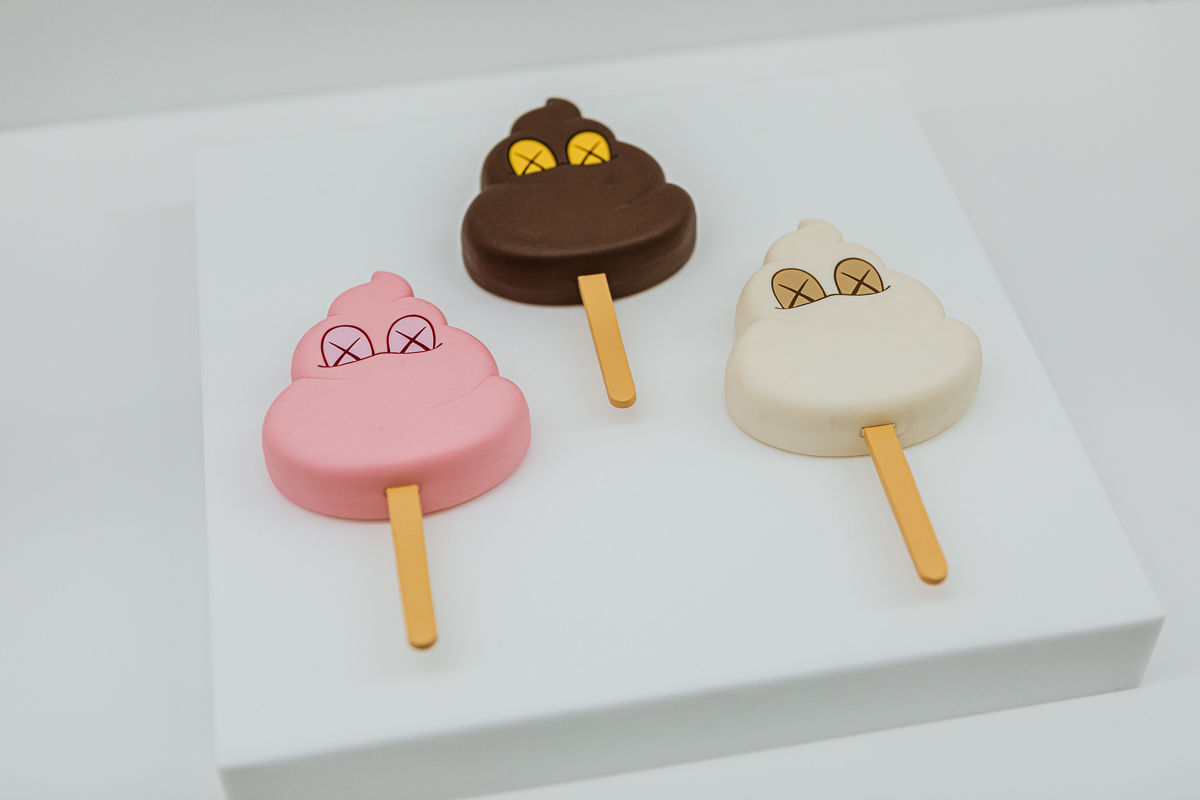 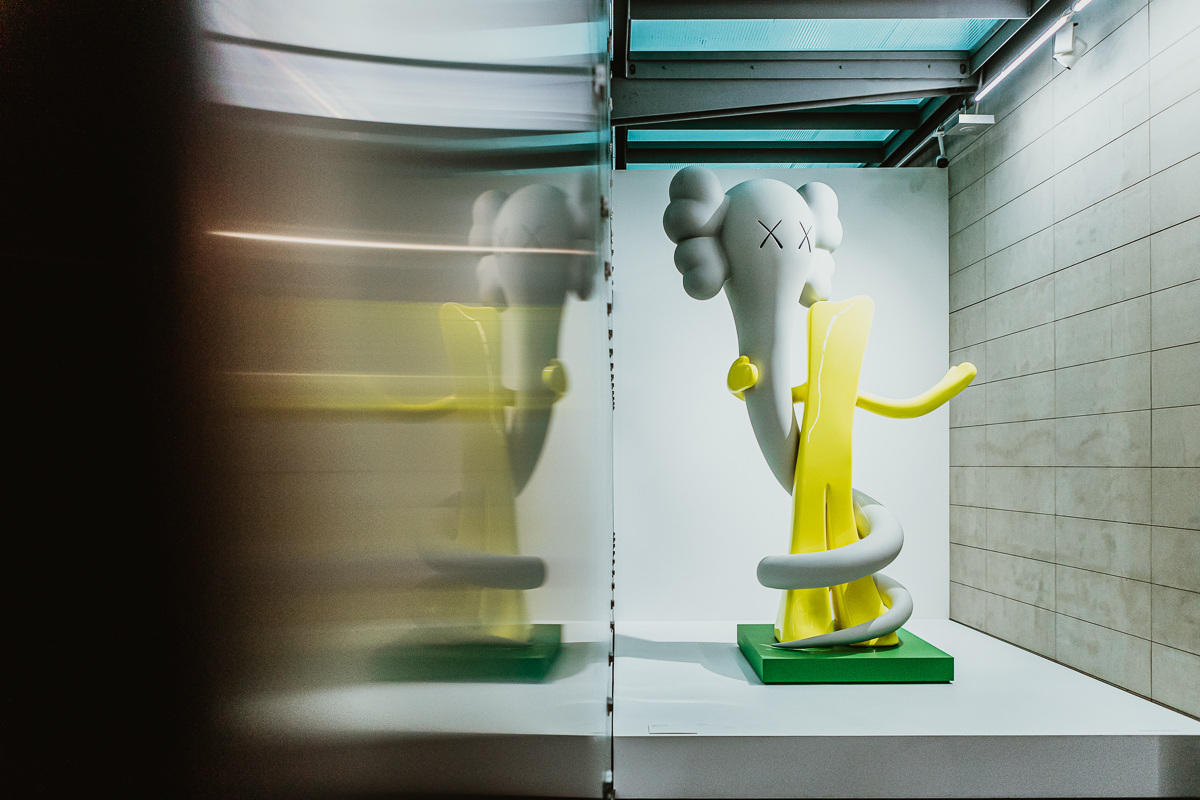 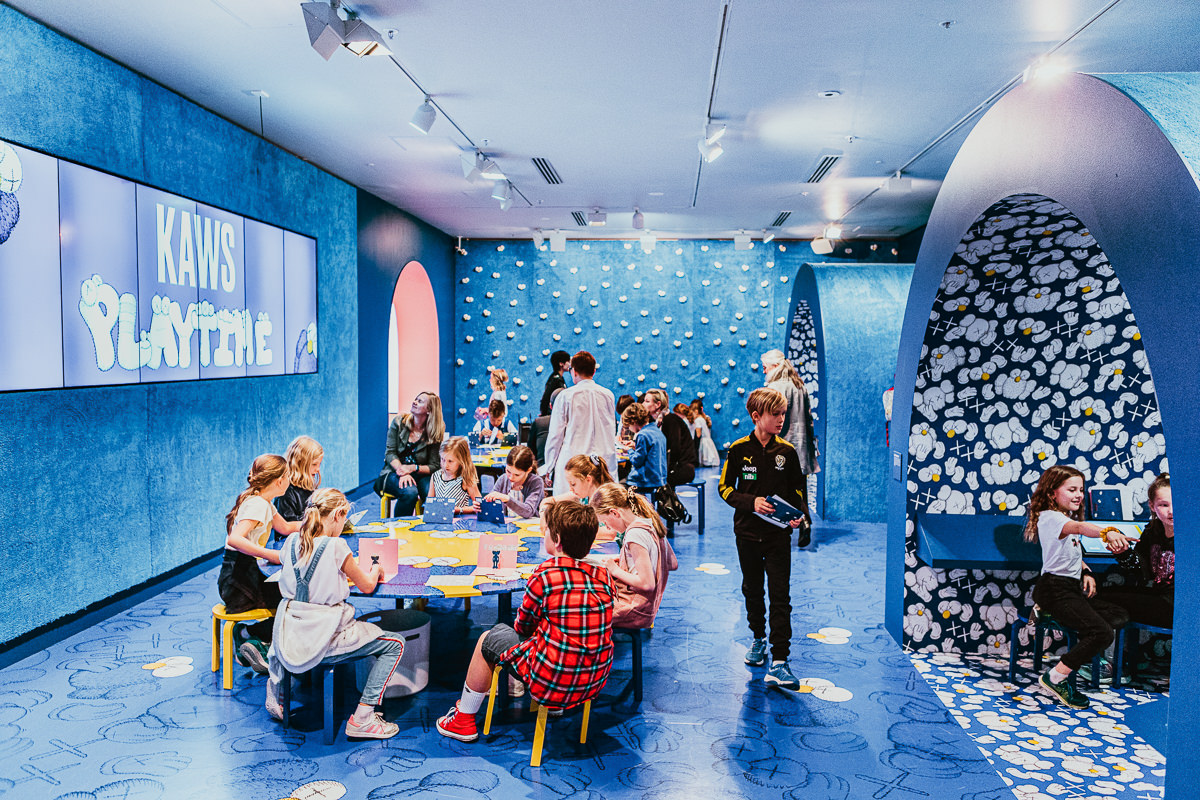 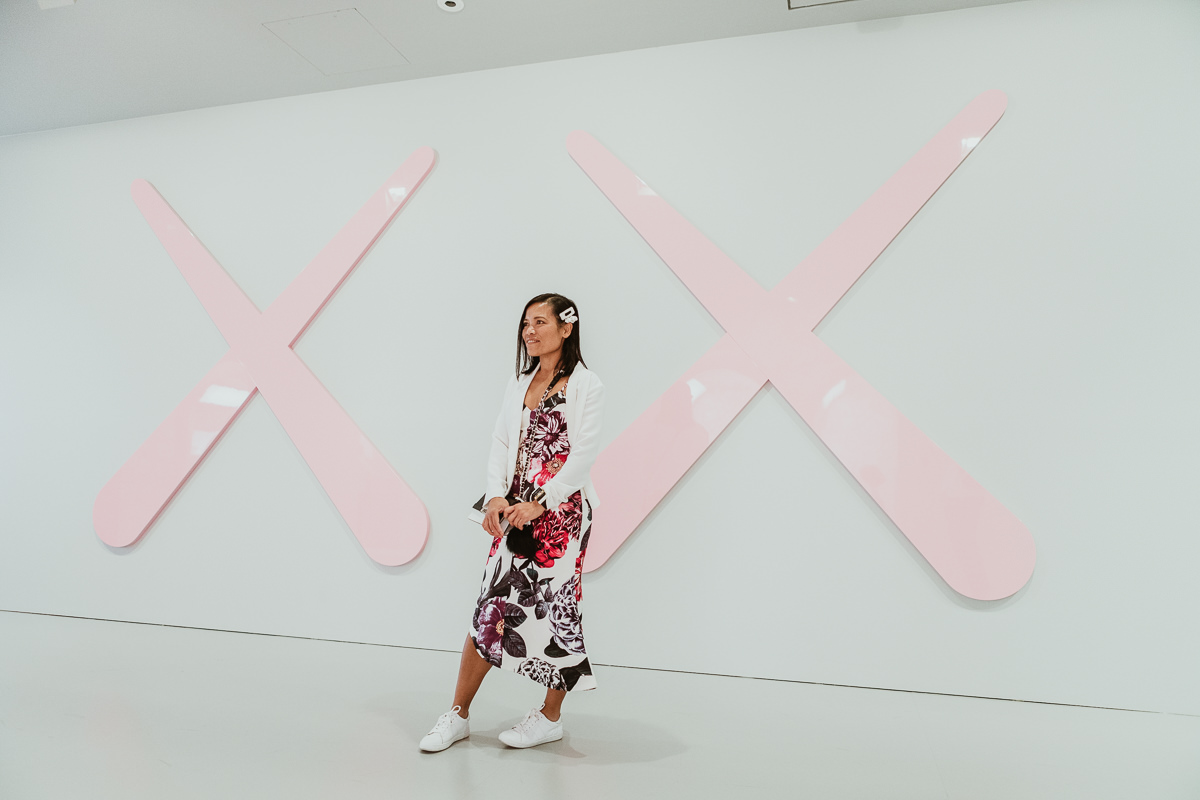 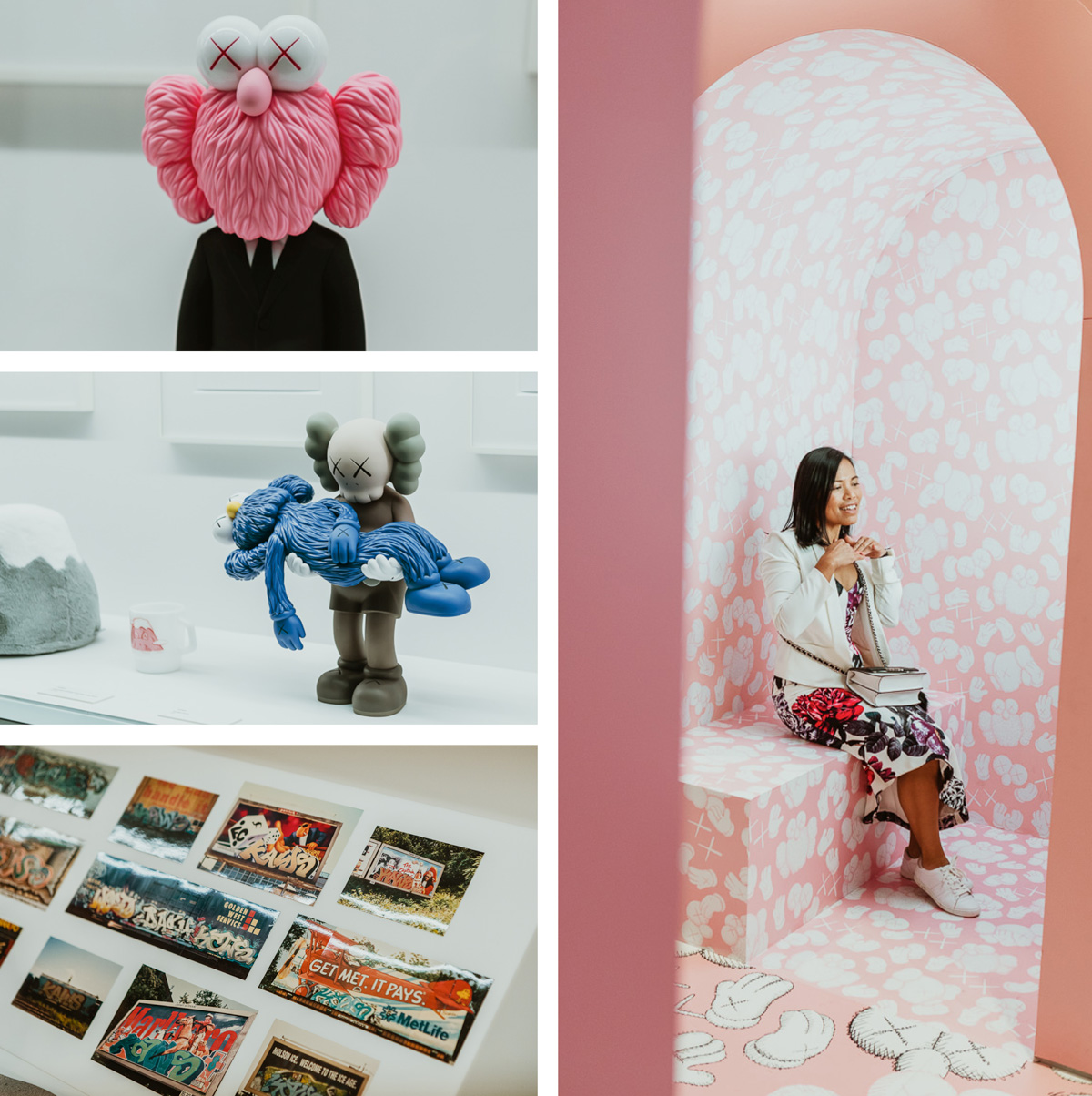 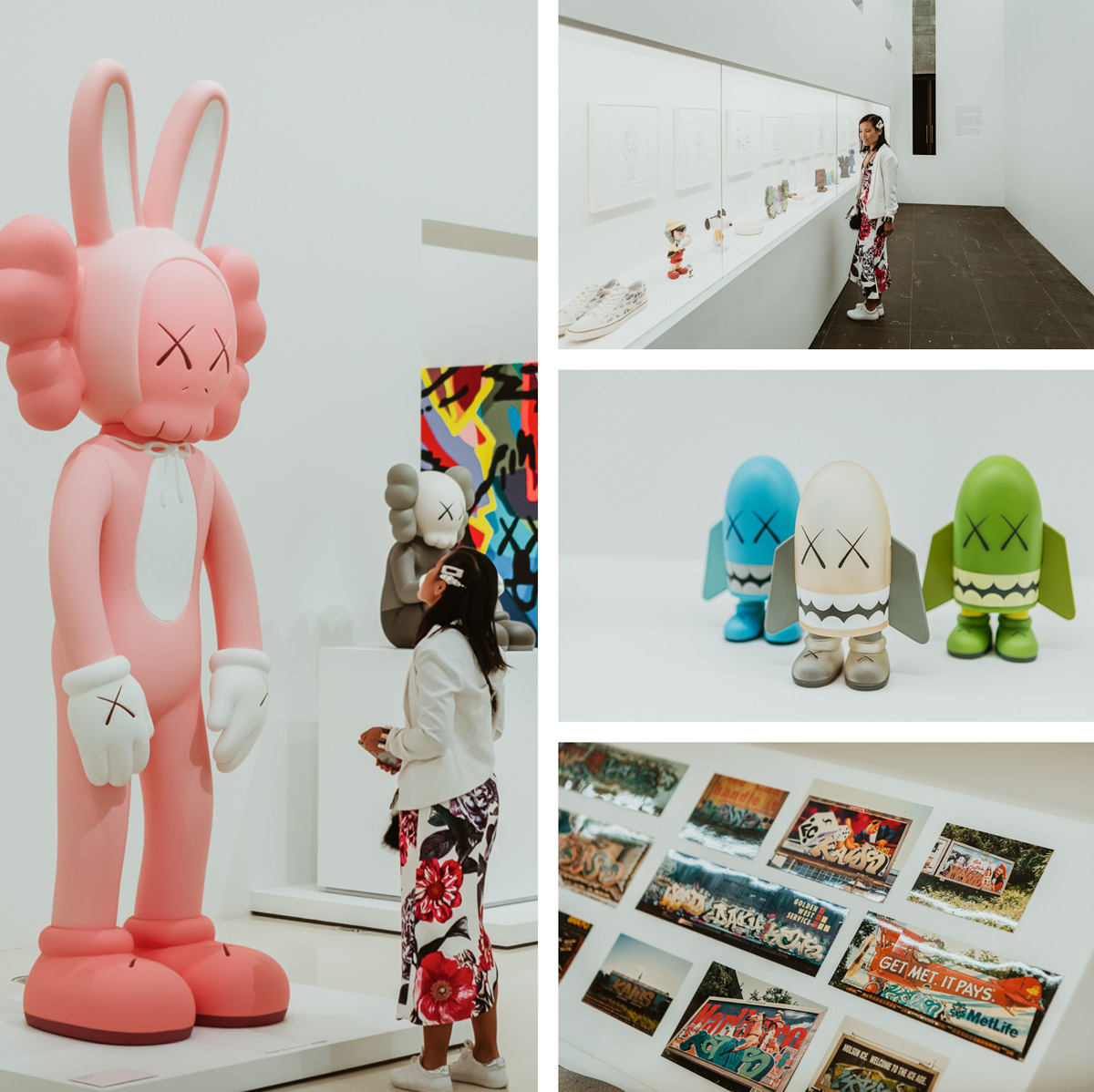 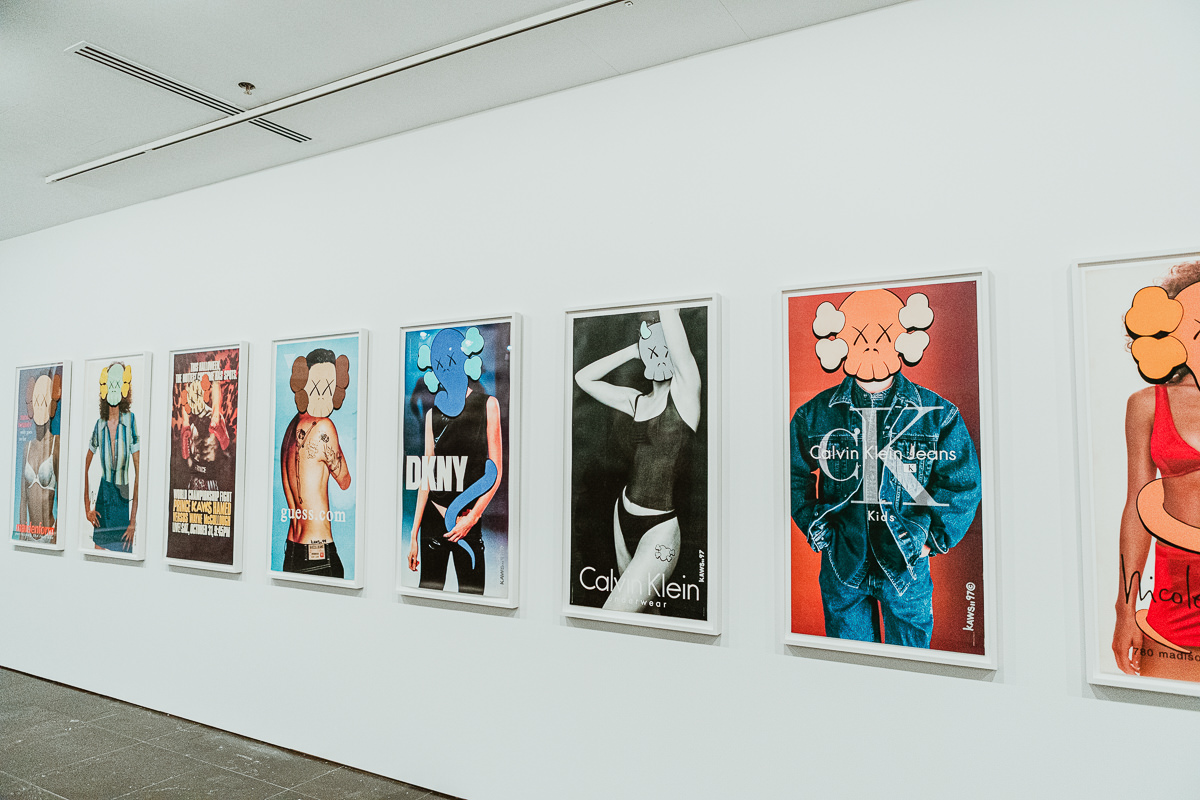 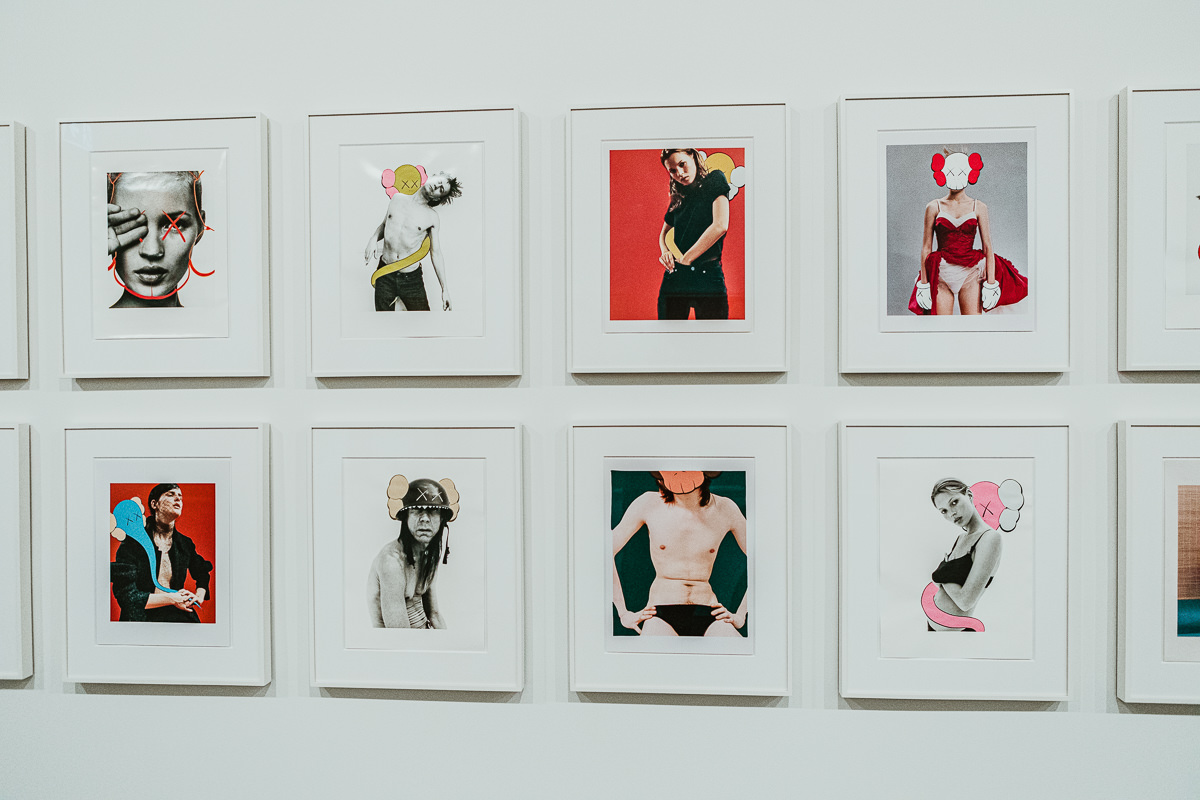