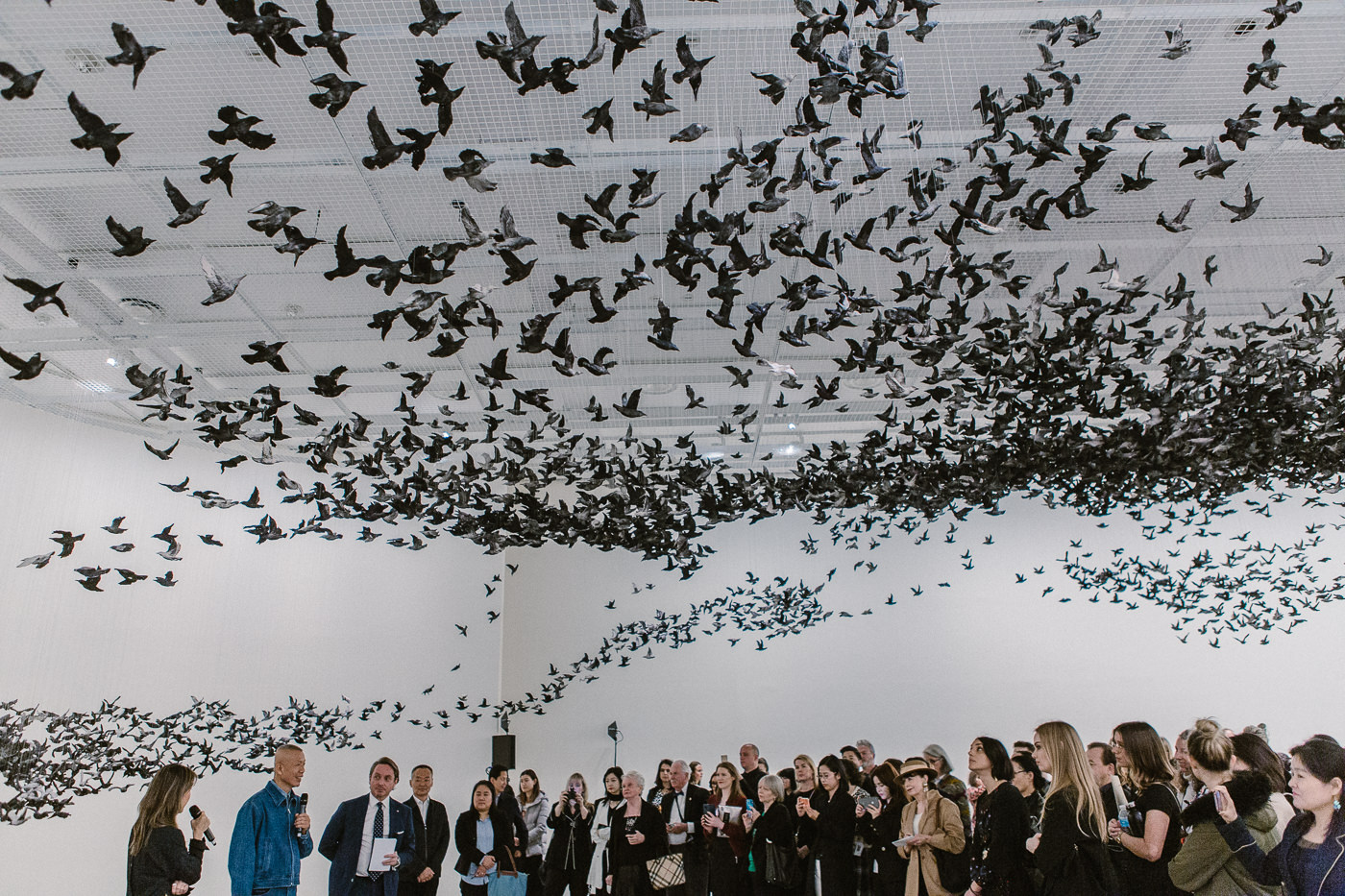 The eighth Wonder of the World is in Melbourne

The National Gallery of Victoria has collaborated with the Shaanxi Provincial Cultural Relics Burea, Shaanxi History Museum, Shaanxi Cultural Heritage Promotion Centre and Emporer Qin Shihuang’s Mausoleum Site Museum of the People’s Republic of China to bring us an exhibition which will have you in awe. The NGV has brought together two amazing exhibitions of past and present.

They are to inspire us to get curious about the culturally rich Chinese history. One part is Terracotta Warriors: Guardians of Immortality, which has been regarded as one of the greatest archaeological discoveries in the twentieth century. They are widely described as the eighth wonder of the world. The other part is Cai Guo-Qiang: The Transient Landscapes featuring the modern works of one of China’s most celebrated contemporary artists.

Cai created his masterpieces, especially for this exhibition. One of the impressive works includes the 10,000 porcelain birds which are suspended from the ceiling (Murmuration – Landscape). They are flying from the entry and congregate in an impressive mass in the main room, which has been kept minimalistic, found just beyond the Terracotta Warriors.

These birds create a calligraphic drawing of the sacred Mount Li, which is the location of the tomb of China’s first emperor and his warriors. You can’t help but sit at one end of the room and admire them. These birds are suspended low enough at some points where you can get an up-close look at them. Another installation is the sculpture of porcelain peonies (Transience I – Peony). They are placed in the centre of the room covered with a 360-degree painting produced by gunpowder (Transience 2- Peony).

Both works of art were created here in Melbourne. You will get to see how this sculpture was produced as you leave the exhibition.

The life-sized Terracotta Warriors are encased in glass, with mirrors behind each of then to give the illusion of many more than just the eight figures in the exhibition. Accompanying these Terracotta Warriors are two life-size horses from the Imperial Army and two half-size replica bronze chariots drawn by four horses. These sculptures were part of an army which were created to depict the army of Qin Shi Huang, the first emperor of China.

They were buried with him in 210-209 BCE to stand guard and protect the emperor in the afterlife. This intricately produced army was discovered by local farmers in Lintong County (Shaanxi province of China) back in 1974. The exhibition also includes more than 160 exquisite gold, jade and bronze artefacts dating from 1046 BC – 220 AD from the Western Zhou through to the Han dynasties.

Cai Guo-Qiang shares gallery space with the Terracotta Warriors and the artefacts. It’s a successful combination of contemporary and ancient works of art. Cai’s summary of the parallel presentation was “They are two rivers of time separated by two millennia, each creating a course at their own individual speed across a series of shard galleries. The ancient and the contemporary – two surges of energy that crisscross, pull, interact and complement each other, generating a powerful tension and contrast, each attracting and resisting the other”.

It’s an amazing exhibition which you should not miss. You have till the 13th October 2019 … but don’t wait too long!
More info: NGV