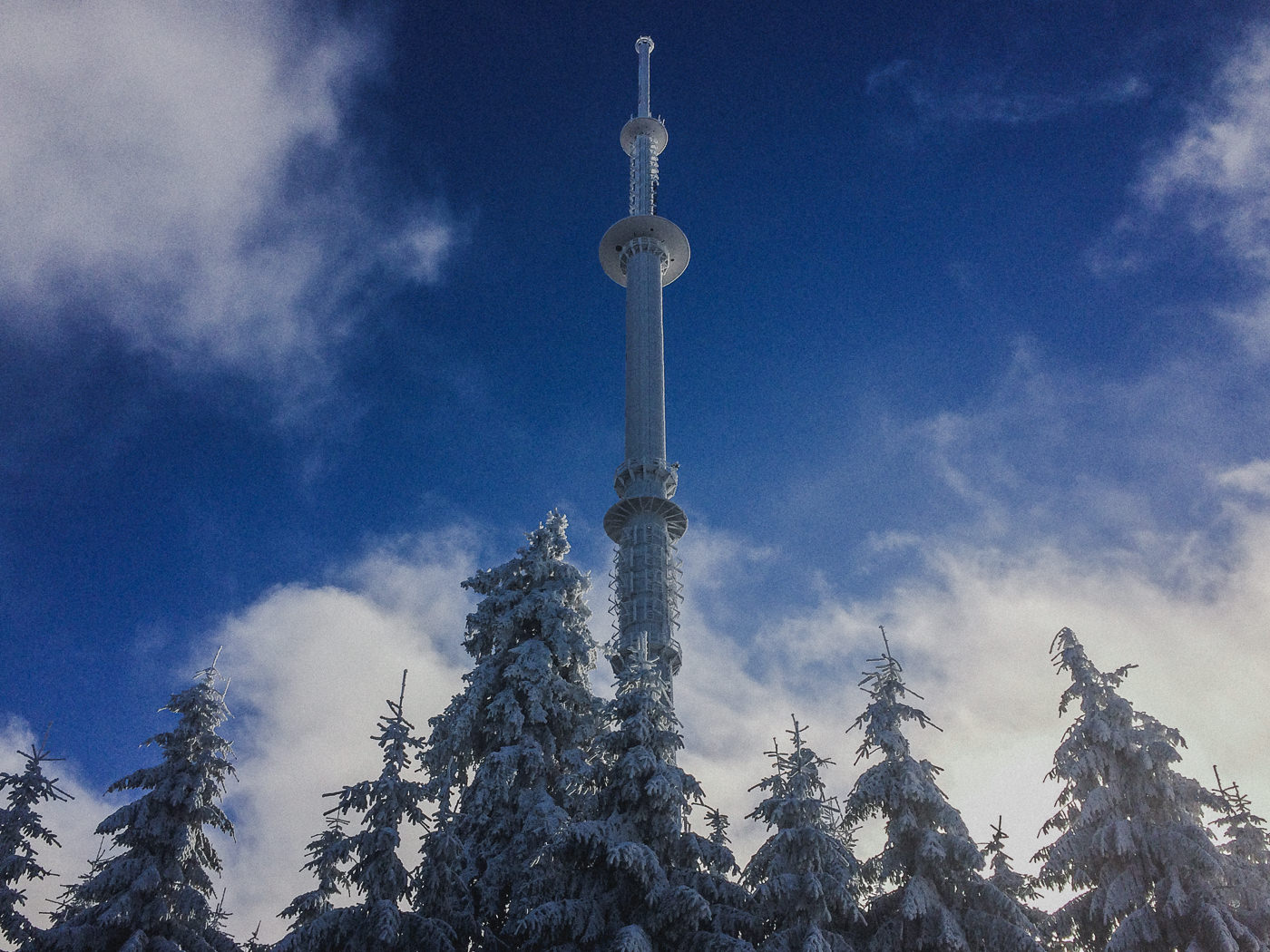 Ochsenkopf – Ski and Snowboarding in Australia?

Ski and snowboarding in Australia? It’s summer in Australia – Winter in Europe!A perfect time to get away from the heat and have some fun in the snow. We have never been to Falls Creek, Thredbo, Mount Buller, Hotham or any other Australian ski-resort but as we visit Family in Germany regularly there is chance to learn skiing and snowboarding .

The Ochsenkopf is the highest “mountain” in the Fichtelgebirge – not a well known area for skiing. Not snow safe in winter – but very affordable and great to learn skiing. (By the way you can also go to the Ochsenkopf for some fun summer toboggan run and a very cool “Kletterwald” – climbing forest (more of that in a future article). Ethan was at the right age to learn skiing and Jaclyn was about to turn sixteen. We thought that it would be a wonderful thing to take both kids over and enjoy a ‘real’ Christmas and learn some skiing and snowboarding. Skiing was a better option for Ethan while Jaclyn thought it would be cool to snowboard. Even I gave it a go. We had purchased all the kid’s gear from Australia (from Aldi’s snow sale and Anaconda) but found a snow suit for me in Germany. It’s quite reasonably priced there. All skis and snowboards were hired from the ski school.

We were fortunate to get some early snow while in Germany so we got a few days of lessons there at a place called Ochsenkopf, only 30 minutes drive from where we were staying. This mountain measures at 1024 metres high. It’s a place we’ve taken Ethan in summertime for their sommerrodelbahn (dry toboggan run). The slopes were small but fortunately had some early snow which was enough for lessons. Our original plan was to start lessons in Switzerland. By the time we finished with the lessons in Germany, I had given up any hope of ever getting the hang of snowboarding.

This is one scary sport when you stupidly take it on as an adult! At one point, I looked down a steep slope and just refused to snowboard down. There was no other way down so the instructor assisted me by holding my hands! My eyes were closed for most of the descent and managed to pull the instructor onto the ground with me! My sixteen year old also found it daunting but the good-looking instructor (Max) kept her going. She was even wanting to skip our planned mother and daughter Prague getaway to keep going with her snowboard lessons!

By the end of the second lesson I had had enough. The weather wasn’t great, my gloves were sopping wet from falling down so much so my fingers were freezing. My thighs were fatigued from clenching so much and I was scared at the though of coming down the icy slopes again. Maybe I should have started on the powdery slopes of Switzerland. At least I gave it a go. The kids were still enjoying themselves and kept going.

The only part they didn’t enjoy was the rope lift which was the only mode of getting up the training slope on the first day. You had to hold onto the rope and let it pull you up to the top. It’s not as easy as it sounds. Your skis and snowboards had to be aligned and facing straight ahead and you had to keep yourself quite upright, holding tightly to this rope. Somehow Jaclyn got herself tangled up in the ropes resulting with her screaming in pain. My heart dropped and thought the worse – my daughter has broken something on her first time in the snow. The ski instructor was attending to her by the time I made it up to where she was. He was about to call an ambulance but I insisted I have a look first. Fortunately, it was only a slight sprain which I was able to assist with and had her back on her feet in no time.

The day of lessons was split into two, with a couple of hours off in between. This was great as we could enjoy lunch at the traditional restaurant up there. Our lessons started on Christmas Day so when it was break time, we quickly zipped back to have lunch with the family and made it back in time for the afternoon lessons. It was a great way to spend Christmas.

We are looking forward to the snow in Australia, a visit to the ski resorts in Australia is still on our bucket list.  So far we visited only Lake Mountain which is great for tobogganing and cross country skiing – you can see our visit to Lake Mountain here.

Some of the ski areas in Australia:

(Photos on this post are snapshots taken with the iphone.)