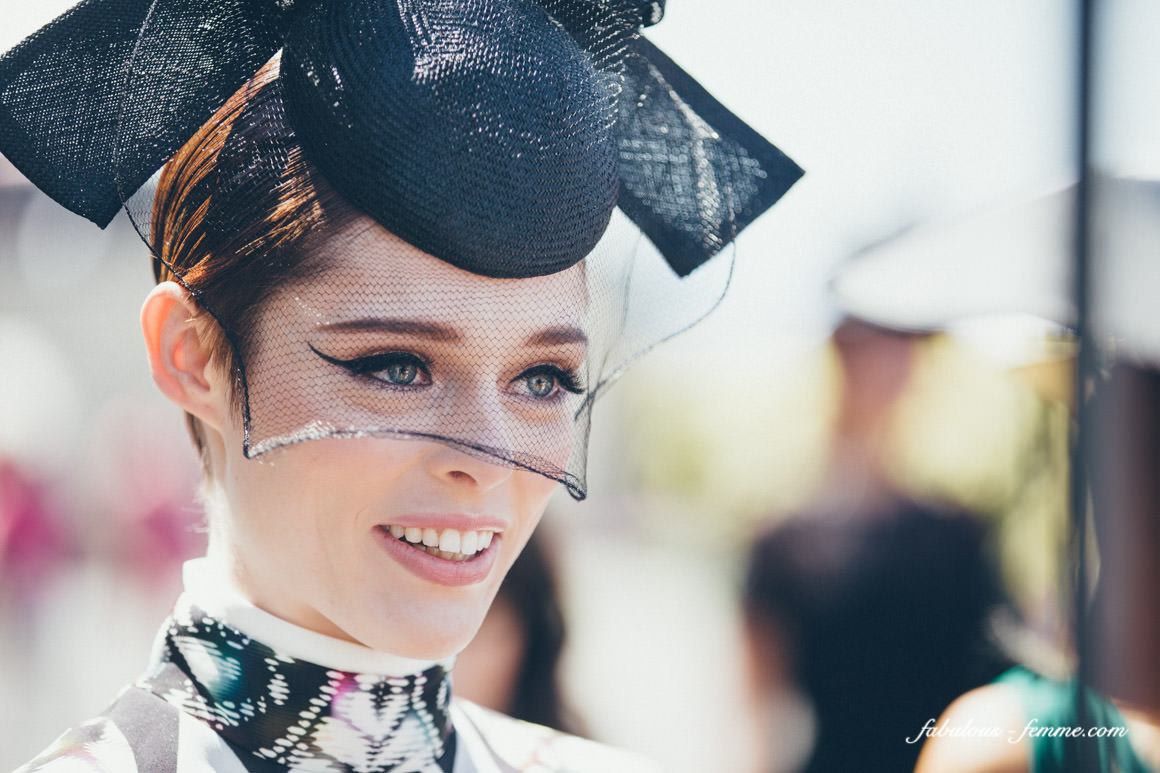 International Canadian supermodel, Coco Rocha, made a stylish entrance into the Birdcage enclosure on Melbourne Cup day wearing a Peter Pilotto dress and Nerida Winter hat. Strikingly beautiful model had us all clicking away. It was a pity to have the sponsorship wall behind her, but at least the colours matched her outfit!

Coco Rocha was discovered while attending an Irish dance competition in 2002 and has been professional modeling since 2004. She’s appeared on many magazine covers, including Vogue and Harper’s Bazaar, and has walked the runway for plenty of top designers.

Coco Rocha was brought into the Melbourne Cup Carnival to judge the Fashions on the Field competition. (Make sure you follow my facebook to see all the pics: Fabulous-Femme-Facebook)  If Coco Rocha had been an entrant in the Fashions on the Field competition, she would have won hands down! She wore the best outfit of the Melbourne Cup Carnival so far. I did spot another women walking out of the Birdcage wearing a blue and white version of this Peter Pilotto dress though. Coco is now the second supermodel I spotted at the Melbourne Cup – see Naomi Campbell here.