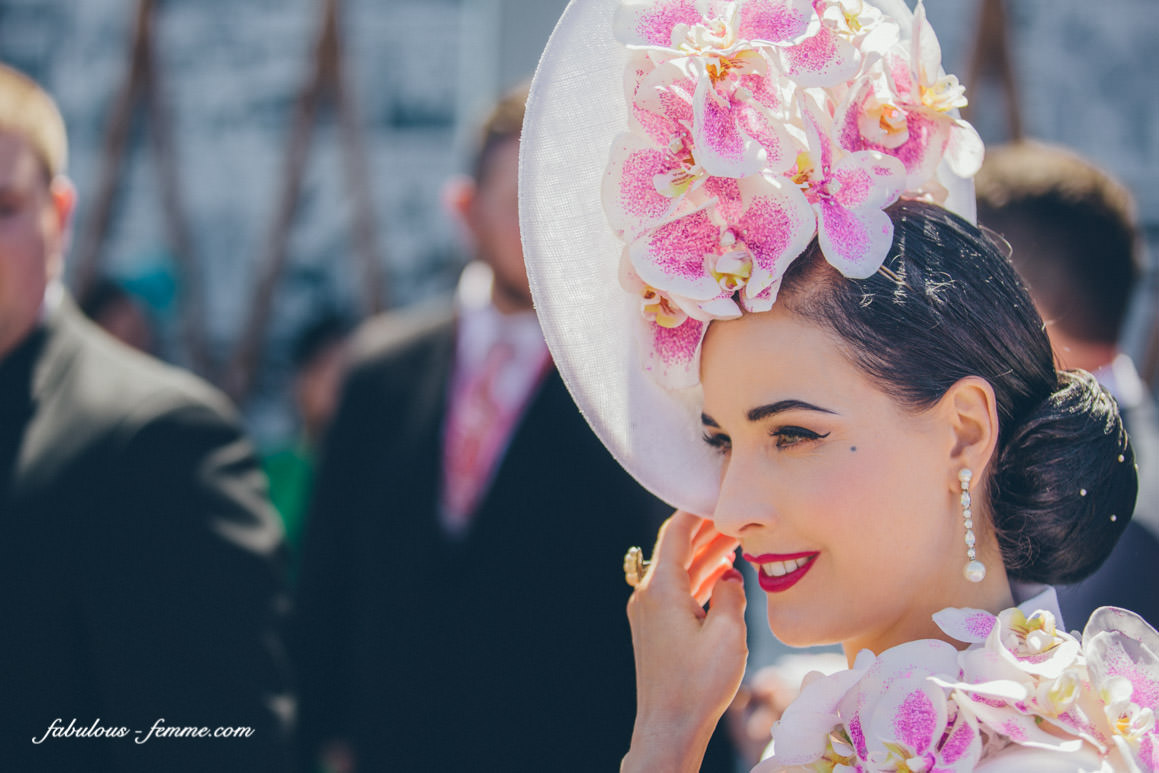 When I hear the name Dita Von Teese, I see this woman in a giant Martini glass wearing hardly anything. Dita is well known for her Burlesque routines and her 1940’s glamorous style, influenced by Betty Grable.

Born Heather Renee Sweet, Dita Von Teese has been married and divorced to Marilyn Manson. She is a model, actress, singer, author and burlesque dancer and entrepreneur. Dita does her own styling and make-up and appears frequently in the front row of fashion shows. Dita is also well known for her great fashion sense, putting her name on many best dressed lists.

Dita Von Teese was a guest for Myer during Melbourne Cup day. She turned up in a classy white skirt suit which exposed a sexy purple bustier top. Her white hat was gorgeously adorned with pink and white orchids which spilled into a corsage. A winning outfit for Melbourne Cup Day.