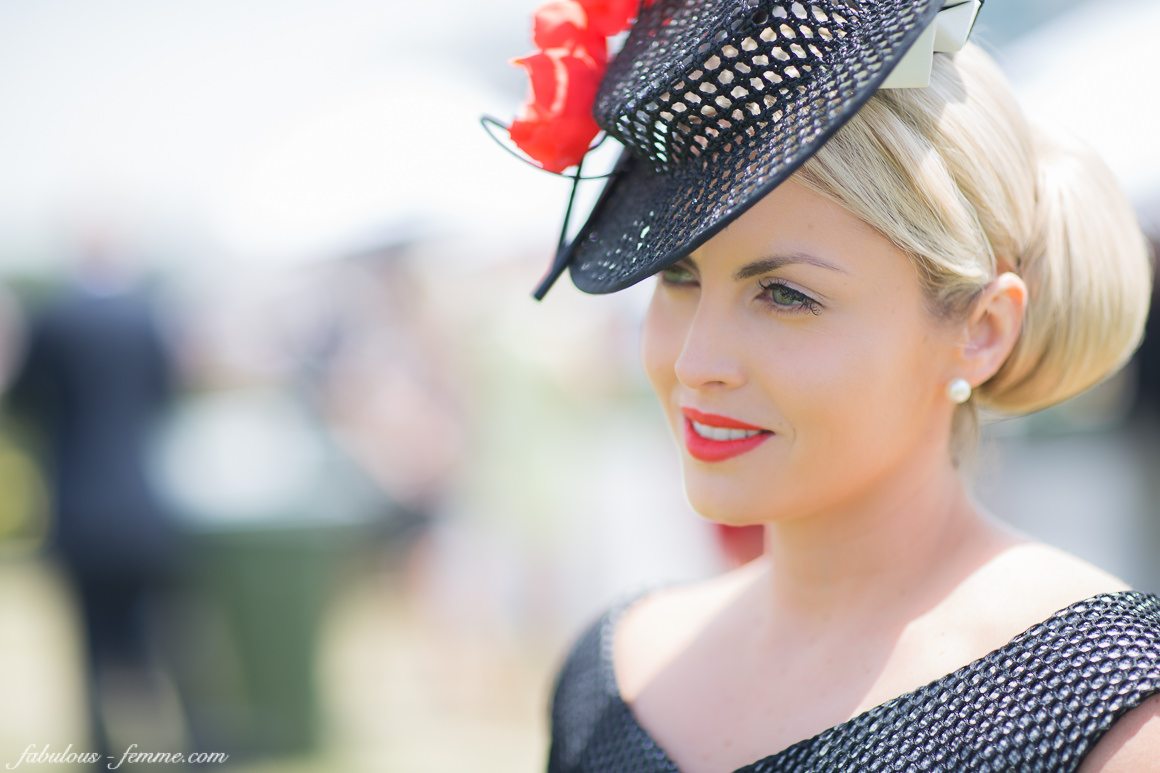 Nikki Gogan represented Western Australia in the National Finals in another gorgeous Toni Maticevski creation. She came first runner up on Oaks Day in the Maticevski “Invader” dress. Nikki styled the romantic floral brocade and geometric print dress with a mesh boater hat adorned with red flowers. Red shoes and handbag added the right amount of colour to the monochrome outfit.

The dress normally has a sexy cutout at the front, which was cleverly closed up for the competition. Bare midriffs caused a bit of a concern with some racegoers last year so they have been banned in some areas of the racecourse. A bare midriff may also be a little too risqué for the Fashions on the Field competition.

Congratulations to Nikki on placing Runner-up.