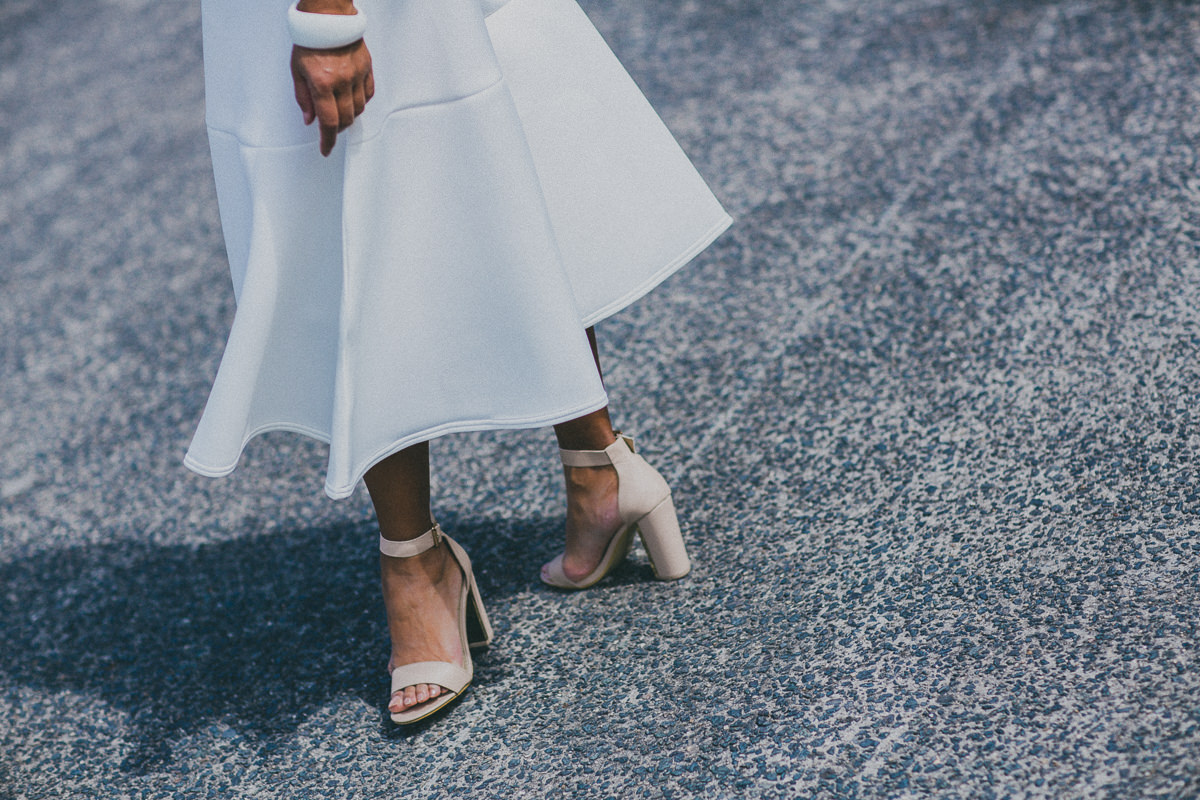 With White Night coming up, we thought we’d give you some inspiration with something…….white! Not that you have to dress up for such an event! I’ve been twice and I’ve been in comfortable, relaxed clothing. But if you’re wanting to wear something special for your own ‘White Night’m maybe go for something like this? It’s a great outfit for a dinner date, a night out in town or a day at the races. Okay, so it’s a little revealing with the plunging neckline. Confidence is the key when wearing something so low cut in the front. It’s not only reserved for the flat-chested (as I am), but I’ll admit that I find this dress easy to wear because of it. The model who wore it on the website had a decent sized bust and looked pretty hot in it.

So who’s heading out to the White Night? I’ve been twice and the first time was the best. It was the first time the White Night had come to town and so it wasn’t so well known or crowded. We could move around with ease, apart from so photographers who told us to move out of their way while they photograph or film the light show on St Paul’s Church wall! Maybe they should consider the public when they erect their tripods in the middle of a public space in the dark!

The highlight of our first White Night was the the light show along the Yarra. Melbourne city went all out on that one! Unfortunately the light show wasn’t there the second time we went. We had fun watching the bands play in front of Flinders Street Station and enjoyed some of the all-night dance lessons held at Federation Square.

Check out our video:

Unfortunately, with our little one still in a pram, we didn’t get to a lot of instalments around the city. The second year of the White Night attracted a couple of hundred thousand more people and had us moving at snail’s pace down Swanston Street. There were queues which lasted for hours to see some the attractions which we didn’t bother with. I’m not one for huge crowds or queueing up for hours, so we took our first exit away from the main crowd and headed off home. Maybe we’ll make a quick visit this year, just to see the light show on St Paul’s Church on Flinders Street.

How to Enjoy the Melbourne White Night:

Dress and shoes by Boohoo.com