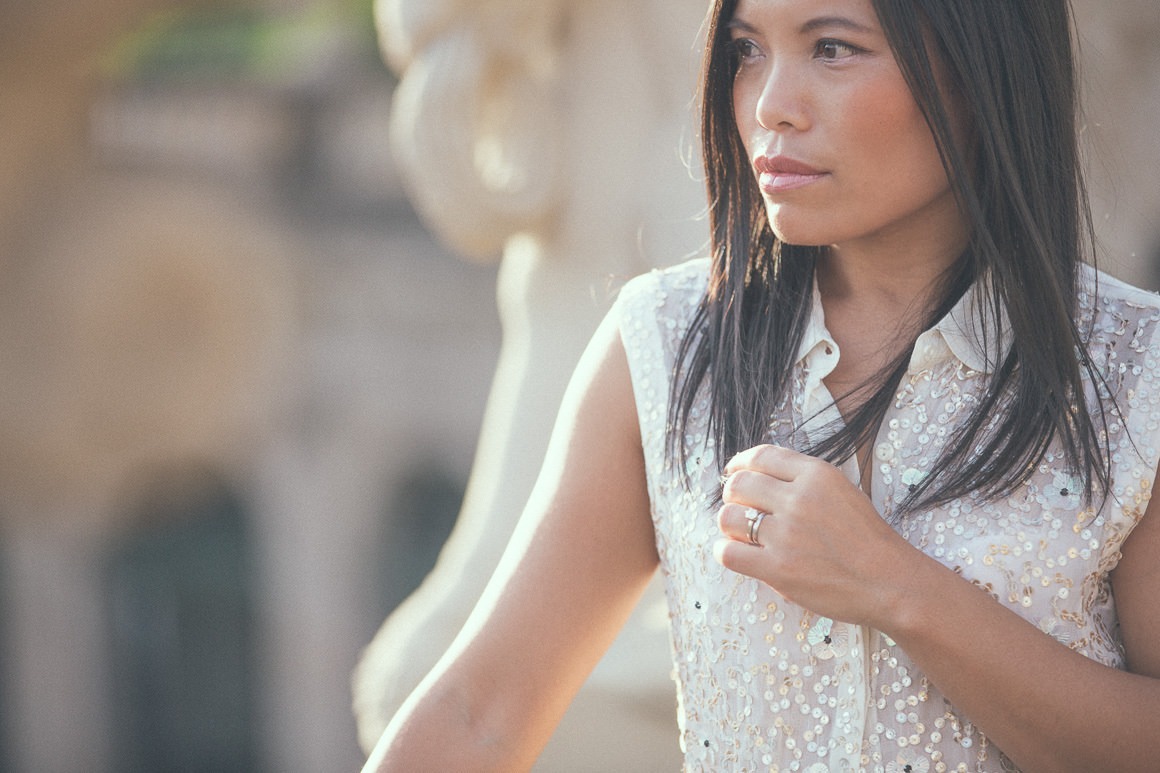 French Chic at the Zwinger

Dresden was filled with architectural beauty. Our favourite was the Zwinger Palace with its six pavillions, magnificent sculptures and museums. There was a breathtaking scene in every direction you turned. It was very difficult to settle on a few places to carry out our photo shoot! We basically just chose where the light was nice. The setting sun determined our spots as it was pretty all around.

For such a place of beauty, I chose a simple but chic outfit which came together at the last minute. The silk skirt with a French lace trim and hand-painted bow was a part of an ensemble which I purchased in second-hand in Melbourne. The labels are not present so I have no idea where it’s from! It’s just divine and combined beautifully with the stunning sheer, sequinned, button-through top which was an early birthday gift from my mother-in-law! It’s from the French label, Sinequanone. I was feeling rather French in this German city!

Dresden is one city which we’d love to spend more time in. You could easily stay for a week and always find something new to see. It would take a whole day to explore the whole of the Zwinger Palace! I already miss the architecture and flair  … but we can’t have everything in Melbourne, Australia.