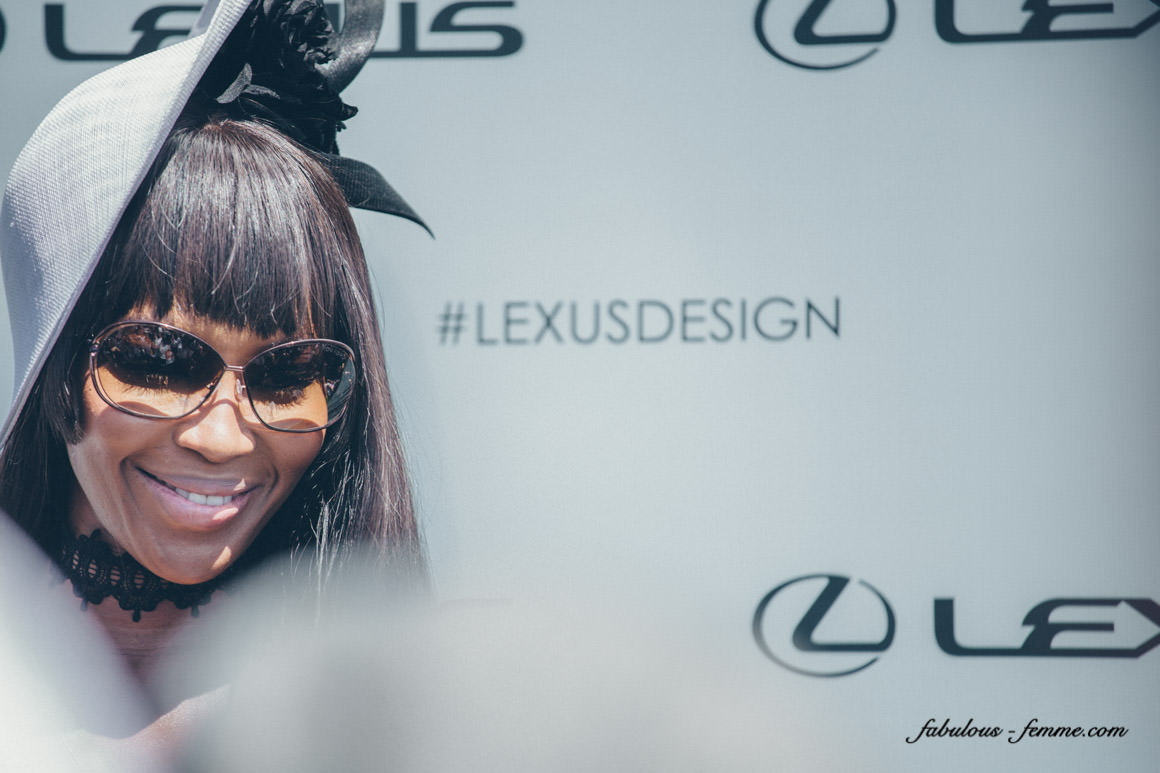 The Derby Day Cup was about to start and not one photographer or the huge swarm of guests in the Birdcage seemed to care. This was because the fabulous Naomi Campbell had just arrived, a fashionably one and a half hours late! Thanks to her lateness, I was able to enjoy the Moulin Rouge dancers at the Champagne Mumm marquee beforehand!

Naomi was one of the original supermodels in the eighties. Along with Linda Evangelista, Christy Turlington, Cindy Crawford and Claudia Schiffer, these ladies were rocketed into a whole new level of model status. These ladies were well known and loved for their temper tantrums and bad habits. Linda Evangelista is famous for her quote “I don’t get out of bed for anything less than ten thousands dollars a day”.

Strutting into the Birdcage enclosure with an entourage of serious looking bodyguards (do you spot one in the pics?). These guys pushed fans out of the way as Naomi walked towards the Lexus marquee (whom she was the guest of). Everyone with a camera went into a clicking frenzy.

With so may people surrounding the media wall outside the Lexus Marquee, it was a very slim chance that I was going to get any decent photos of this stunning women who was one of the original supermodels. Even if I had worn my highest heels, it would have not been enough to see over the media pack. Thanks to the kind photographer who directed me up to a ledge where I was able to bring you some of these images of the divine Ms Campbell.

Even in her forties, Naomi is in fine form. Wearing a body hugging black and white Christian Dior dress with a Philip Treacy hat perched on her head. She was vision of total elegance. Thoughtfully, she removed her sunglasses for the photos but only to slip them back on quickly as the hot sun was blaring down into her pretty eyes at that time of day.

Naomi Campbell was definitely the biggest star of the day.