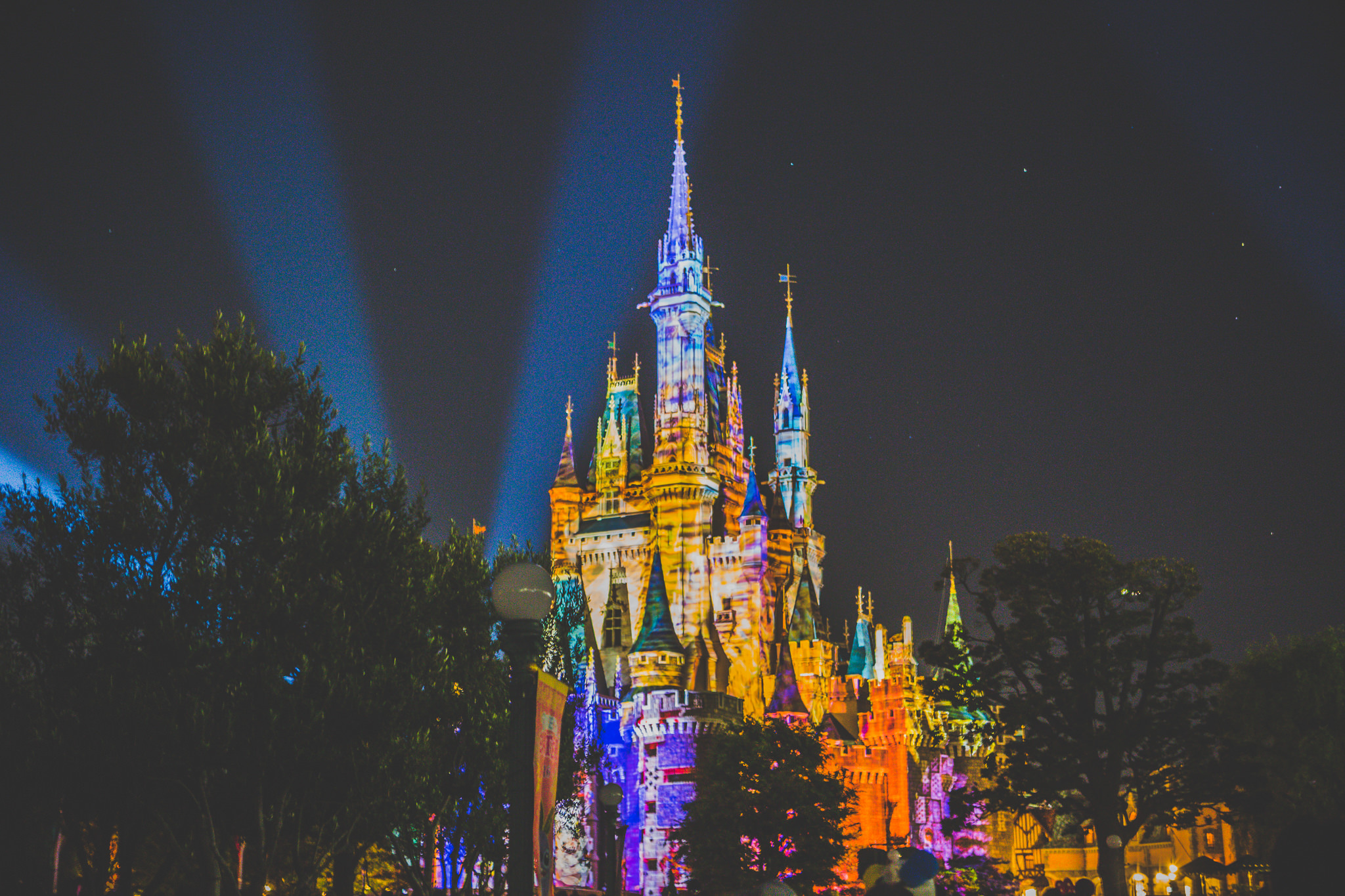 Somehow I’ve managed to sail through life without ever experiencing a Disneyland until now. Being able to experience it with our 6yr old boy was just so special. This is what Disneyland is all about, giving joy to the little ones and all those who are young at heart. There were so many people running around this wonderland, with and without kids in tow. This is one Disneyland where people really get into the spirit by dressing up in Disney themed clothing. They come in families, couples and groups of teens. There are a lot of kids in school uniform running around on a school day, making us wonder if it’s part of their school curriculum to visit the theme park!

How Best to Enjoy Tokyo Disneyland

Before heading to Disneyland, we did our homework and read some information on how we were going to have the best day that we could there. Because of the little bit of homework we did, our little man got to go on approximately 20 attractions without waiting too long in queues for them. Some rides were just impossibly long to get onto, so we passed on them. We did get on most of the attractions which we had our hearts set on. Space Mountain (roller coaster) was our little guy’s favourite ride which he rode it three times! We highly advise you do some research prior to heading off to Disneyland! There’s so much information available on the net, so get reading! Be Early to Avoid Disappointment

We started off nice and early for Disneyland, on a Thursday. Visiting Disneyland on a weekend is something to avoid if you can. This place is jammed packed on a weekday, so we’d hate to see what it would be like on a weekend! It’s advisable to pre-purchase your tickets. They’re available online, at most Disney stores and at some convenience stores throughout Tokyo. Aim to arrive nice and early. Arrive before the gates open if you can! We got there fifteen minutes after the gates opened and we found ourselves in quite a queue, and this was for the bag-check! Fortunately, the queue moved fairly quickly and we were in there to get the fast-passes for the rides we were keen on. A fast-pass allows you to come back at a designated time so that you don’t have to wait in a really long queue. Queues for the popular rides can generally last for up to an hour.

As soon as we got through the ticket gates, run (don’ walk) toward the attraction at the top of your priority list! Everyone else will be running too as everyone knows that fast-passes for these rides can run out very quickly, within an hour for some attractions. Our lesson learnt was that you need your entry tickets to get these fast-passes! Hubby had gone off to one attraction while little one and I lined up for another, only to get to the front of the line and realised that we had no tickets to scan at the vending machine to get our fast-pass! At least the line wasn’t too long. Unfortunately, that was the line to get onto the Monsters Inc. ride which we unfortunately didn’t get to go on due to fast-passes selling out and they queue being super long – all day long!

So plan first to get your fast pass of the most thought after ride (such as Monsters Inc) and then go right to the furthest ride away from the entrance … there will be no queue in the morning. Make sure you always get another fast pass when the system allows you to make the most out of that system and time your day. There’s plenty of places to eat, but don’t expect much. All theme parks are pricey with their sub-standard food, but you’re not there for a gourmet meal. I highly recommend the Japanese food hall, which I didn’t discover until dinner time. The Japanese curry was quite tasty, a lovely change from the sausage pizza which we had twice that day because there wasn’t much else our boy would eat! Interestingly, the queue for some popcorn flavours was so long that we laughed when we discovered what the queue was for! There were these delicious turkey drumsticks which you can buy from stalls. They cost around $10 each but was better and more sustaining than a tub of popcorn. Of course you can bring your own food.

The shows are fun to watch. We didn’t win any passes to the stage shows (you can go into a raffle to win tickets) but there’s some fun shows around with only a little waiting time. Keep in mind that all these shows are in Japanese! They’re still fun to watch. They had an Easter theme parade, which comes around twice a day, at the time we were there. People sprawl out along the designated viewing areas for up to an hour prior to the show to get a great view. We had heard great things about the electric show which comes on when it gets dark, so we decided to set up 45mins prior to that. Well, I was the one who held our space for us while the boys ran around to some rides. I’d had enough by then so a sit-down was a good thing. Sadly, just as the show was about to start, the show was called off due to strong winds! That was quite disappointing, especially when I didn’t feel the wind was strong at all and I waited there son long! But my little one had the pleasure of enjoying some rides while I was waiting … and at that time you are able to fit in a few rides as there are less people at some rides further away from the parade (as most people are waiting for the parade.) A Long Day at Tokyo Disneyland

It was a fifteen hour day for us, from the time we set off to the time we got home. We walked 23kms throughout the whole day and found ourselves having to carry the boy home, for most of the way, at nearly midnight. He had such a wonderful day and still did not want to leave at closing time! There’s so much to see, even for those who don’t like rides. There are great shows to watch, but people watching was probably the highlight for me. It’s not likely that any other Disneyland in the world is as interesting as Tokyo Disneyland with it’s vibrant visitors.

The Happiest Place on Earth

One visit to Disneyland was enough for my lifetime, so I’m glad I got to visit the Tokyo Disneyland. Rides are something I outgrew many, many years ago. Lining up for a long time to get on a ride is something which I have no patience for. In the future, I’ll happily sit out on future visits to Disneyland. Hopefully, the little boy will be old enough to go with his friends the next time we get near one or his dad will be the one running around with him! Even though I’m not a huge fan of Disneyland, it is a fun place for the young and the dreamers. It is supposed to be the happiest place on Earth! For me, a glass of wine while hanging around waiting for the boys would have made the visit a tad bit happier. Unfortunately, no alcohol is served there (hehe … go to Disney Sea).