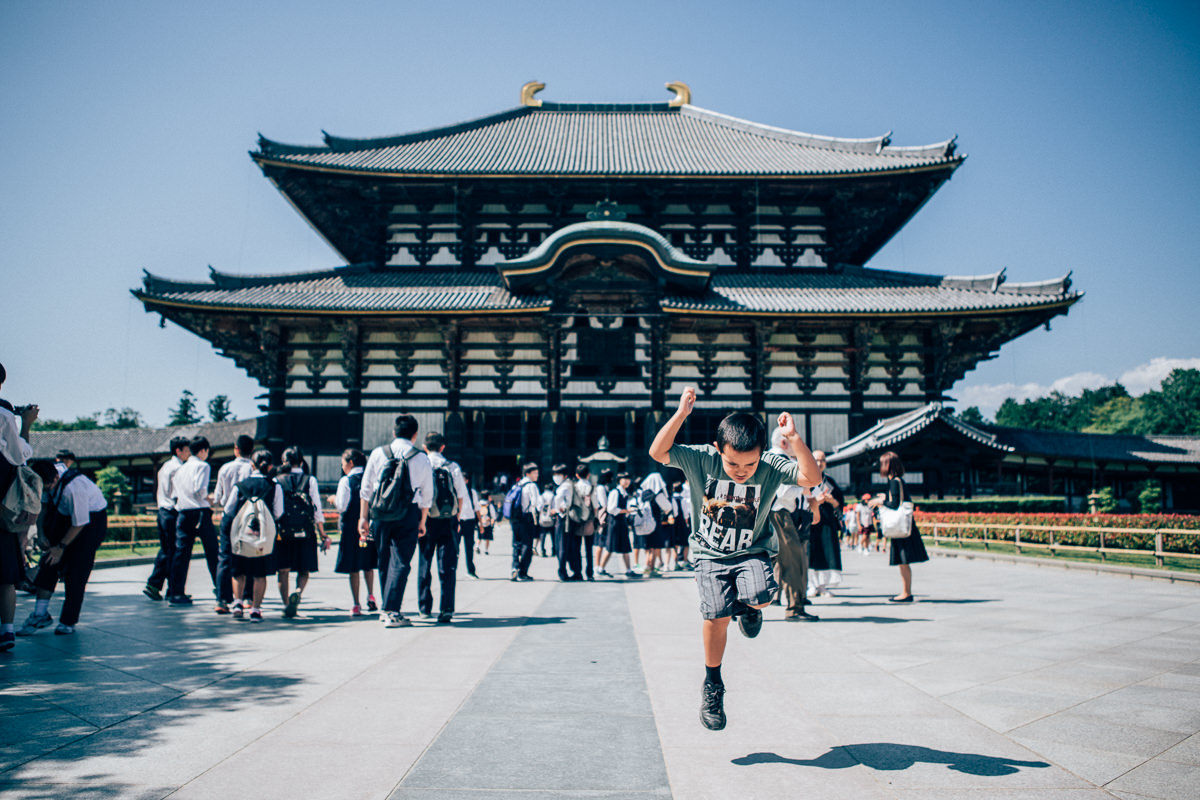 When you travel to Japan, you’ll want to visit a few temples in each city which you travel to. Shinto and Buddhism are Japan’s two major religions and the throughout the country there are so many places for the Japanese to pray and worship. Shinto is Japan’s traditional religion and has been around as long as Japanese culture. Buddhism was introduced from the mainland in the 6th century. Shinto and Buddhism have co-existed and interacted with each other on a relatively harmonious level, complementing each other to a certain degree.

Religion seems to be a huge part of Japan’s education system, as we noticed that there are a constant hoard of students at every temple or shrine which we visited. It’s such a beautiful culture where we see these young people pay there respect at these places or worship. We found that the Japanese are such a gentle and respectful race, mostly due to their religious beliefs and practices. You’ll even find little shrines set up in front of residences throughout Japan as you wonder around.

We visited a few temples during our trip to Japan, with each having something different to offer. Just stepping into these temples brings instant calmness to you. Sometimes we sat there and witnessed prayers. Sometimes we just wondered around and looked at all the intricate carvings, statues and serene surroundings. Mostly, we liked to watch how the Japanese paid their respect with all their little traditions. Our little man was very fascinated by it all as well and joined in with some of the customs. Ringing the bells and making a prayer were his favourite customs.

While visiting the deer in Nara Park, we saw two temples – including the impressive Tōdai-ji temple. Most temples in Japan charge a small entry fee, but it’s worth it for the wonderful sights inside and the peace and tranquility you experience while inside them. Tōdai-ji temple, Horyuji Temple and the

Todaiji Nigatsudo temples were the ones we had time for while in Nara. We could have spent a lot more time in these places but we ran out of energy and daylight. Make sure you go there early and spend the whole day looking around. Wear comfy shoes as there are plenty of steps to climb to get to Todaiji Nigatsudo temple. It’s worth the climb up to the top as there are no crowds up there. There’s even a little room where they offer you free cold water and green tea!