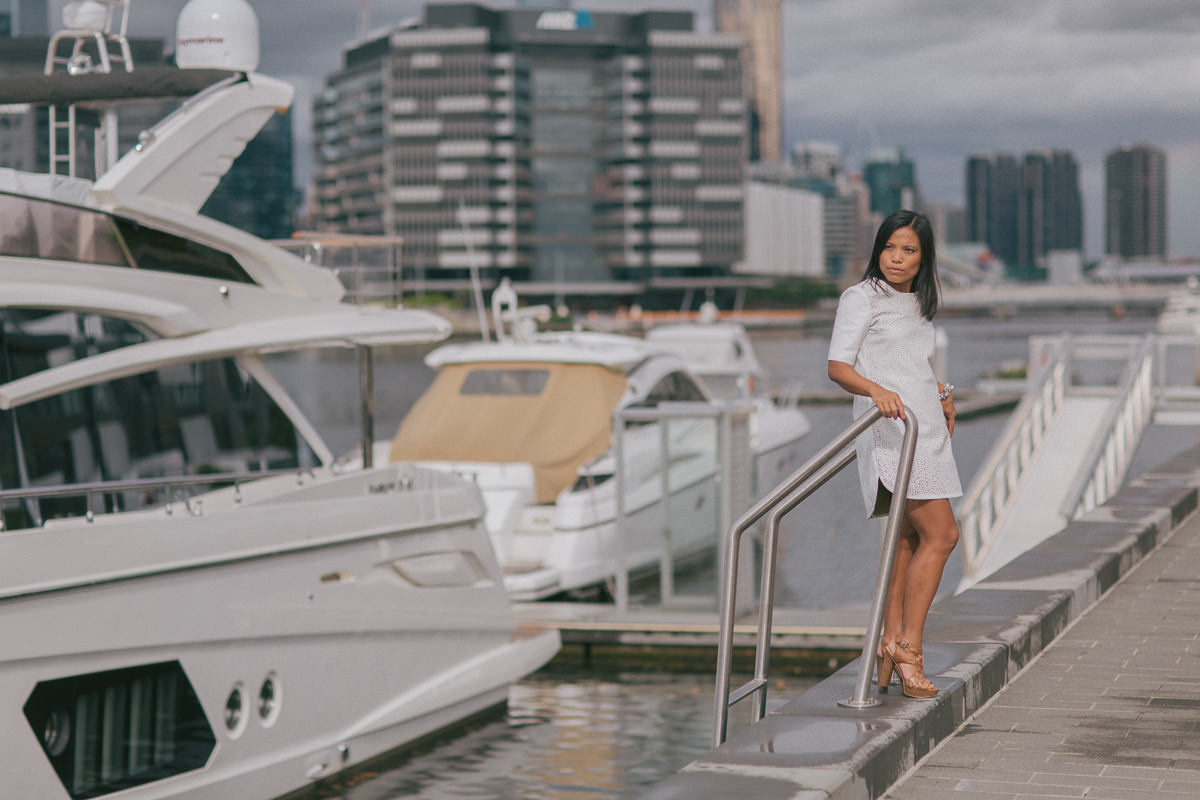 Melbourne is officially the most desirable city in the world to live in! Okay, maybe it was named the most ‘liveable’ city in the world but I couldn’t think of anywhere else in the world which I could call ‘home’. There’s so many things about Melbourne to enjoy all year round. The shopping, entertainment, events, food and coffee are all world class. You can get from the city to the beach within minutes if you wanted a change of scenery! Most importantly, Melbournians are friendly and helpful should you be visiting Melbourne and are in need of a smile or some friendly assistance.

The waterfront is definitely a desirable address for those Melbournians who can afford it! There are lots of new luxury apartments and townhouses extending out from the city fringe. The Docklands is an area which is constantly developing and attracting residents who cruise into the harbour in their luxurious boats.

The section of the Docklands which we chose for out photo shoot was a quieter part of the city. The city skyline is quite an impressive sight from here, as were the boats which were docked alongside the Yarra! Who wouldn’t like to own one of those beauties to take out and and watch a sunset from? Oh, the parties which you could hold on them!

The townhouses are very sleek and modern in design, all of them keeping to the same stylish colour tones. If it wasn’t for a little playground in the vicinity, you would think that the area was totally absent of little ones. This area, with the river so close and no backyards, would keep a parent of toddlers on their toes!

With these townhouses priced in the millions, we’ll stay where we are for a bit longer! It’s definitely an area for the rich and the famous, and some townhouses comes with a private marina berth! For us ordinary folk, we’ll just pop in for a visit now and then for a romantic walk along the Yarra or to admire the city skyline. This would also be a great viewing point for the fireworks which regularly let off at the Docklands.

Have you discovered other beautiful parts of Melbourne? We’d love to hear about them. Maybe we’ll even head there for a photo shoot.