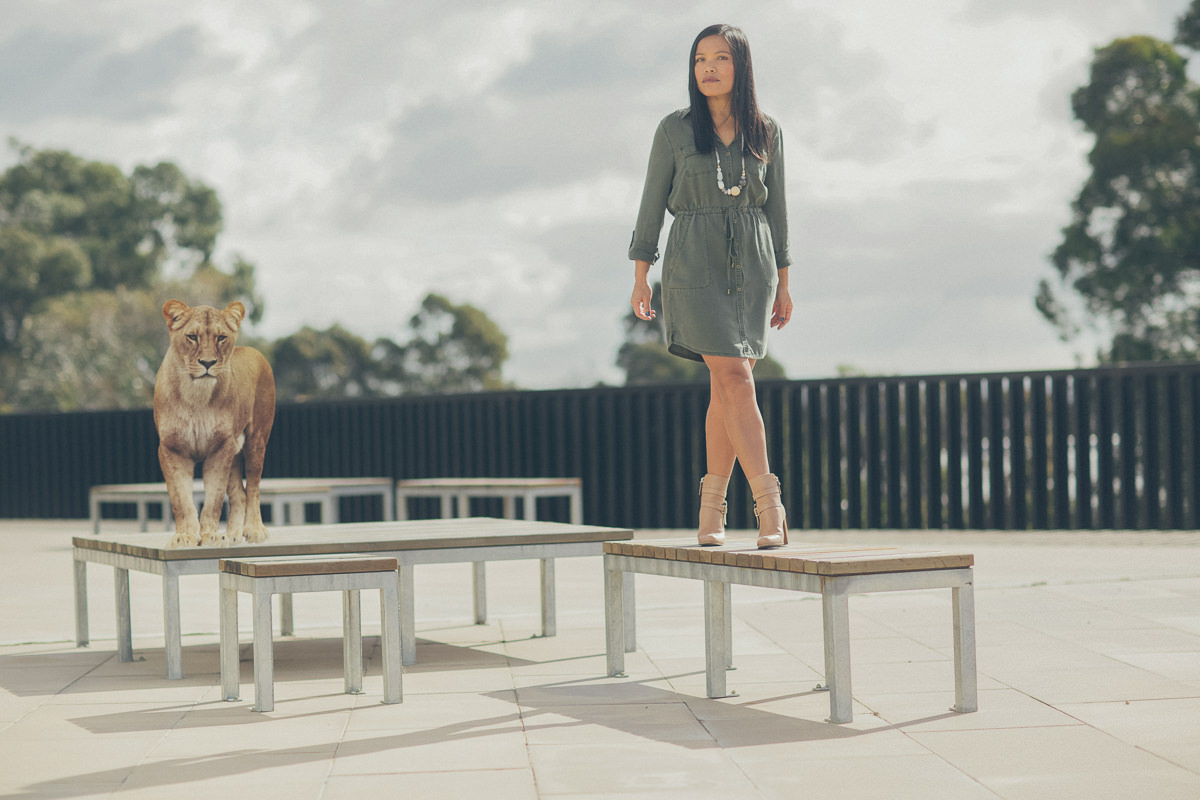 Walk On The Wild Side – An Urban Safari

We went on a safari, an urban safari. It’s amazing what kind of wildlife you come across when you immerse yourself in a safari daydream. On my Urban Safari, a lioness wandered close to see what we were up to and stood close by, just watching. The leopard sniffed around but kept his distance while baby a Serval was happy to be led around on a leash for the day.

No animals were harmed during our safari. We believe that shooting animals is only acceptable when done with a camera. It’s a shame that some feel that it’s their right to hunt and kill these beautiful creatures, just for the thrill of it. Then, to publicise it on social media expecting people to admire them? What is wrong with these people? Thank goodness that most of the world admire such magnificent creatures and respect them enough to just let them be.

A safari should definitely be on everyone’s bucket list. Nearly a decade ago, I went to South Africa and spent four nights in Kruger National Park. Safaris start before sunrise daily, then again before sunset. During my magical time there I saw leopards, elephants, rhinos, buffalos, hippos and unfortunately a few snakes. We were fortunate enough to spot the elusive Serval in the dark. Servals are rather rare and it’s sad to see that they are killed and sold in the markets in Asia.

By the end of the four days spent safariing, I had had enough of animal spotting. I do recall telling my safari guides that I just wanted to stay in bed on of my last mornings there. They told me that I was being silly and that I should head out with them. How glad was I that I did! That day, I witnessed a very playful little cub leopard who tried to take on an elephant while his mother lazily watched from a nearby tree branch. The cub was of no threat to the elephant as he high-tailed it back to mother leapord when the elephant lifted his trunk. Just when you thought you had seen everything, there were always new sights and experiences to take your breath away. The most magnificent sunrise and sunsets are in Africa.

My outfits are from the latest Urban Safari range at Jeanswest. The premium lyocell fabric which they use in this range is so soft on my skin and drapes to create a flattering silhouette. The fabric offers the right amount of warmth for transeasonal wear or can be layered to see that you look stylish through cooler days.

Khaki is such an on-trend colour at the moment. I’ve never liked khaki previously, but I can see this shirt dress as my go-to piece for something feminine, flattering and easy to wear. The Urban Lyocell Shirt Dress looks sexy with a pair of ankle boots or some flat gladiator sandals. My tan ankle boots are from Witchery. Khaki looks great when matched with soft neutrals or warm browns. The Julia Lyocell draped jacket and the Safari Jacquard Skirt perfectly compliment each other in colour tones. I’ve chosen a pair of Marc Jacobs ankle boots for this look but a pair of stilettos would also look fabulous. Gorgeous accessories such as the Jana and Athena necklaces add some earthy glamour to your safari ensemble.

The Pith helmet was something which I bought from one of the game parks where I stayed at in Kruger National Park (South Africa). It is a hat designed to protect you from the sun. I wore this hat while I was on my safari and bought it back home with me. It was sitting around all these years, waiting for a photo shoot like this one!

Take a trek in the urban wilderness with Jeanswest’s latest Urban Safari collection. You never know what encounters you may have on your adventures.