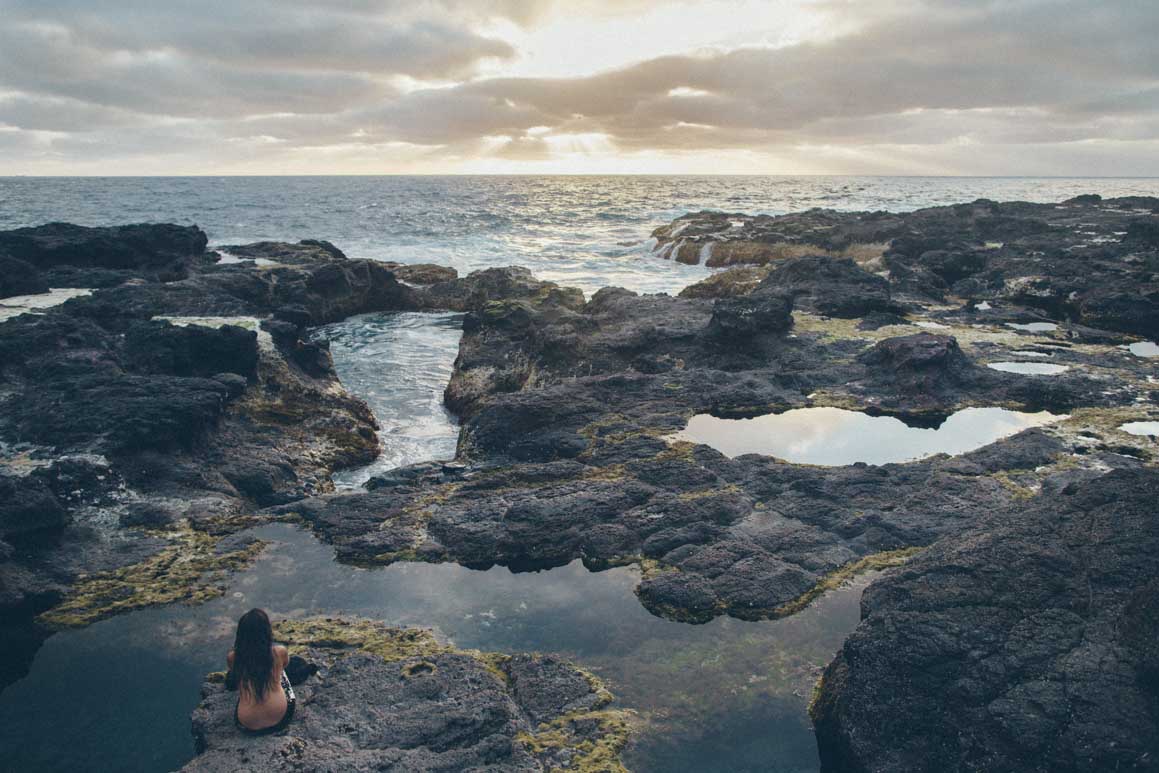 I had a dream that my legs transformed into a tail and I found myself peacefully gliding through the sea, surrounded by marine life until the sun began to set. I found a resting spot on an isolated rocky shore where I could watch the sun set. The sea water, which had been leftover from the high tide, was contained in small pools which had formed on the rocky surface. Within these pools swam little fish. It was an oasis for mermaids, to laze about under the sun and warm sea water pools to plunge into. The white mossy surface was soft to lie on and my company were the seagulls and some scuttling crabs.

As I moved around the corner, I realised that I had ventured down to Cape Schank on the Morningon Peninsula. The tide was beginning to splash back up to the rocky shore, bringing with it a cool breeze. What calming place that was. As the last of the light faded, I plunge back into the ocean.

It was a sweet dream which I could have stayed in for quite a while. Have a look at other mermaids: